If you’re looking for Chinese dramas about a romantic CEO, here’s the list. C-dramas about CEOs and employees are always interesting to watch.

Who isn’t attracted to a charismatic, handsome, young, and wealthy CEO? You will definitely feel at home staring at the monitor screen for a long time.

The storyline is very interesting about what happens when an office worker gets romantically involved with her boss, so the awkwardness gets too sweet. So, here are the 12 best Chinese CEO dramas below!

My Dearest Boss tells the story of Yu Xing Chui’s life, which always seems to be filled with bad luck and problems. Once she was working late at the company and suddenly received a mysterious phone call, saying that she would now inherit her aunt’s ten million dollar fortune.

Since then, his life began to change. On the first night of living in the mansion, Yu Xing Chui was so caught up in the luxurious atmosphere that he walked into the wrong door.

She enters his new neighbor’s house which turns out to be Liu Yuan An, the boss or CEO where he works. This best Chinese CEO series released in 2022 with 30 episodes. 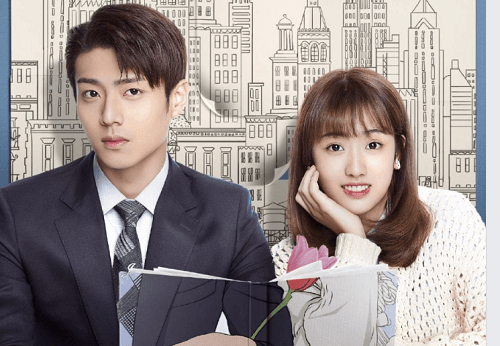 Gu Nan Zhou is the CEO and heir of the Gu group who does his best at work but hates crowds. One day, he has to enter into a contract marriage with a poor woman, Zhou Jian Qing. They have opposite personalities, and fight initially, only to become each other’s confidant over time.

As time passes, these opposite souls begin to understand each other and help heal the moment they fall in love. This Chinese CEO drama released in 2021 with 30 episodes and is available on Viki. 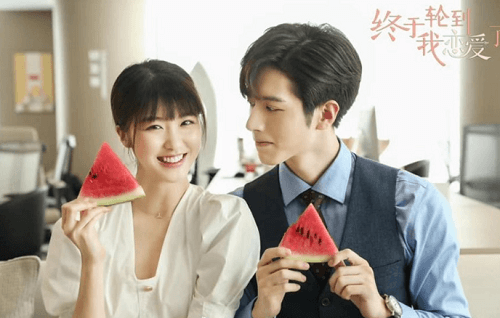 The storyline of this drama follows Su Yan Xi who is forced to replace her twin sister in order to enter into a contractual relationship with wealthy president Gu Xi Cheng.

He was forced to follow the words of his sick grandmother because his grandmother wanted him to find happy love. Su Yan Xi’s bright and optimistic personality melts Gu Xi Cheng’s cold demeanor, revealing a warm and tender heart.

However, the joy of love is instantly shattered by the pain of her lies hiding her true identity from him. But will Gu Xi Cheng be able to forgive him?  Time to Fall in Love is a CEO romance C-drama released in 2022 with a total of 24 episodes. 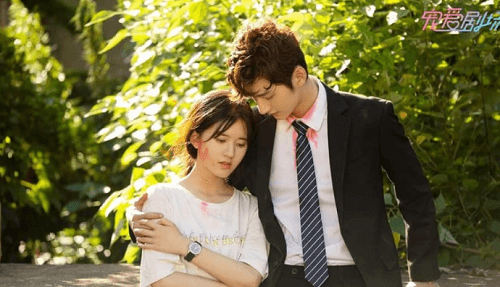 It follows the story of how Gu An Xin brings Ling Yue home when she meets the heir of a conglomerate after an accident.

Ling Yue is seriously injured and has lost her memory. This made Gu An Xin unable to just leave him and finally decided to take care of him at home.

They have opposite natures and never get along. But then as time goes by both realize their feelings for each other and start to understand. This is one of the best Chinese romantic CEO dramas. Released in 2022 with 24 episodes and is available on Viki.

Bai Zhen Xiang is a gruff and narcissistic CEO who constantly dies of hatred for his employees. Every time he dies, his time resets to the same day and causes his employee Li Lu Duo to get stuck in a time loop.

In order to get out of the time loop, Lu Duo has to contact Zhen Xiang which drives him crazy. He tries his best to change her and save her until he finally falls in love with her. It was released in 2022 with 24 episodes. 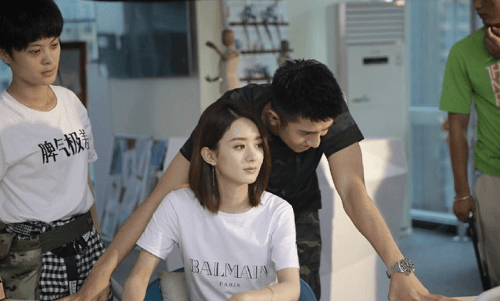 Li Zhi Cheng is a former soldier who is ordered to take over his family’s declining business. He has a fateful brief encounter with Lin Qian, an independent and beautiful white-collar who has just graduated but is having trouble starting her own business.

Because Li Zhi Cheng had no business experience, no one in the industry expected this newly appointed CEO. But with the help of Lin Qian’s work experience and encouragement, coupled with Li Zhi Cheng’s wits and methods, they take Wen Da’s business to new heights.

The Chinese drama CEO was released in 2018 with 50 episodes. You can watch it on Viki and Apple TV with English subtitles. 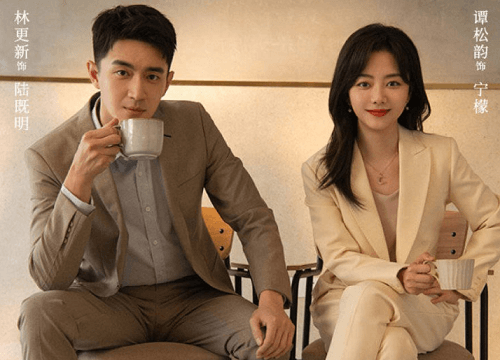 It tells the story of Ning Meng who dreams of becoming an investment director, but since graduating, she seems to have drifted further away from that dream.

Currently, he works at an investment firm under Lu Ji Ming and has never been given the chance to advance in his career. Lu Ji Ming believes Ning Meng doesn’t have what it takes to be a qualified investor and this leaves him stuck in a dead-end job.

She eventually got fed up with his position of not going anywhere and decided to look for work elsewhere. Ning Meng then found searching for a new position the most difficult, but despite the setbacks, she refused to give up.

Getting a job at a new investment company, Ning Meng takes the lessons she learned while working under Lu Ji Ming, and applies them in her new position.

On the other hand, Lu Ji Ming was secretly helping Ning Meng from the sidelines. He had also learned some lessons of his own while watching Ning Meng grow into a talented professional. The series was released in 2022 with 32 episodes and is available on Viki.

8. Here is My Exclusive Indulge 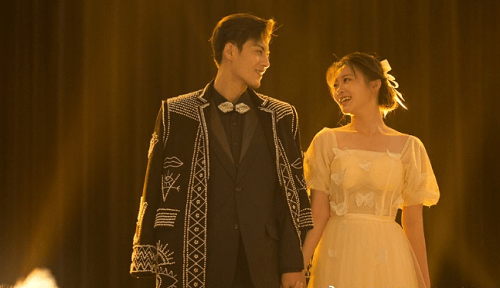 Yun Xiang Xiang gets a chance to restart his life and avenge him. In his previous life, Yun Xiang Xiang and his mother lost everything after falling victim to his father’s concubine and illegitimate daughter scheme.

Yun Xiang Xiang gets a second chance when he is reborn on the day his mother died. In order to change their tragic fate, he begins to plot a path of sweet revenge. This time, she meets Fu Si Han, a CEO with a dominating disability.

Even though he is disabled and sits in a wheelchair, there is no hiding the imposing presence of a strong man. His appearance in her life made her journey much smoother. The Chinese drama CEO and Poor Girl has been released in 2021 with 34 episodes. 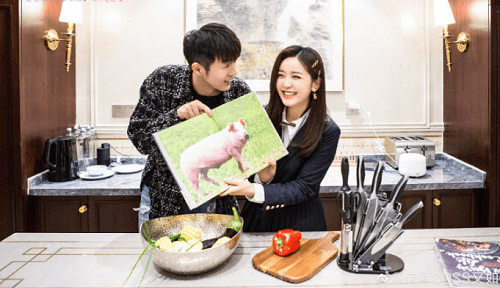 This drama is about the romance between a picky CEO and his temporary assistant. Nie Xing Chen was Yan Jing Zhi’s new assistant, and even though it was his first time meeting him, he already knew his boss’s daily habits.

He is an overbearing CEO with a high IQ but suffers from mild obsessive-compulsive disorder. He is hard at work, pursues perfection in life, and is also the ideal man in many girls’ hearts.

On the other hand, Nie Xing Chen was the perfect secretary at work, sweet, beautiful, and always had a positive attitude and was optimistic about life. Yan Jing Zhi is known as a cold-hearted boss, but Nie Xing Chen managed to survive and thaw himself. It was released in 2020 with 24 episodes and is available on Prime Video. 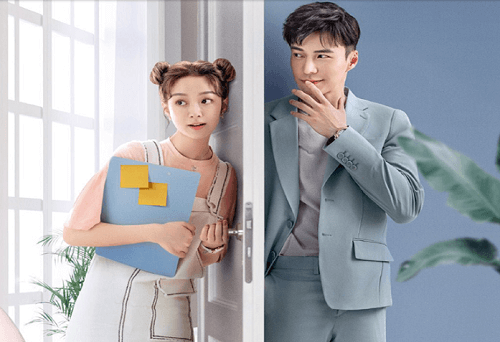 Tells the story of Wen Xiao Nuan who is hired to act as if she has a crush on Ye Fei Mo, the CEO of Anning Culture, and is known to be very cold and difficult to fall in love with.

Wen Xiao Nuan was offered the job by Ye Fei Mo’s mother. He accepted because he needed money to support the Huangmei Opera Group.

But the feigned romance turned real after spending a lot of time together. This situation also made Ye Fei Mo start to like Wen Xiao Nuan until the two of them fell in love. This is one of the best CEO Chinese dramas released in 2020 with 36 episodes. 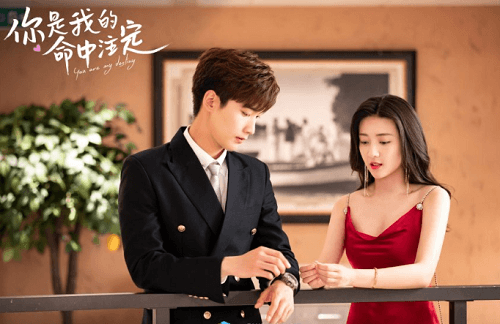 This series tells the story of two people who meet accidentally on a cruise ship and change each other’s destiny. Shy and indecisive admin assistant Chen Jia Xin meets the handsome and charming Wang Xi Yi and heir to a conglomerate.

When they return, the two realize Chen Jia Xin’s pregnancy and decide to marry them off with a divorce clause. The child that was once born, will still be with Xi Yi who will marry the woman he loves, Shi Anna. But is it that easy?

This drama was released in 2020 with 36 episodes. It is available on Viki and Wetv. 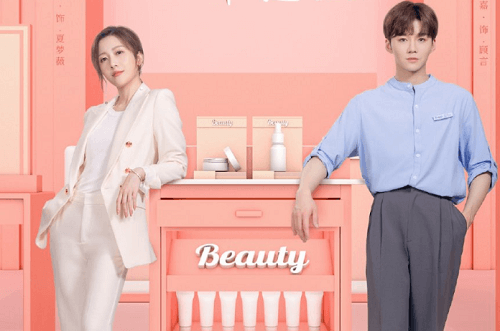 Xia Meng Wei is a female CEO who is known to be grumpy, rude, and likes to order her employees. One day, she falls in love with a man named Gu Yan, a salesman affiliated with her company.

They have very different, even contradictory, personalities. Can this female CEO get Gu Yan’s heart that she yearns for? This female CEO Chinese drama will be released in 2022 with 12 episodes.