Available with subtitles which of course will make it easier for you to watch it. The following is a list of the top 15 Chinese TV series available on Amazon Prime Video. 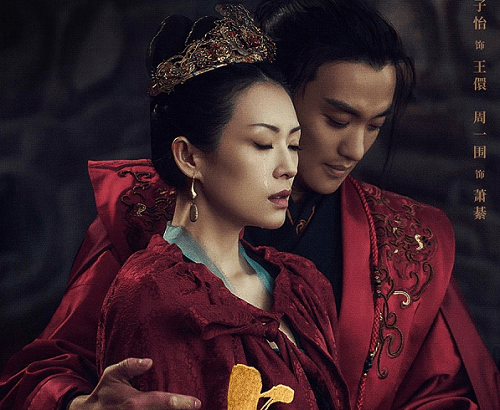 Wang Xuan is a woman who was born in a royal environment, she is famous for being brave and wise in making decisions.

However, due to being engaged to Wang Xuan, marry first before falling in love and join hands to protect their homeland.

But for some reason, he has to follow the rules of the Wang clan and is forced to participate in the power struggle. This Chinese series is available on Amazon Prime Video. It will be released in 2021 with 68 episodes. 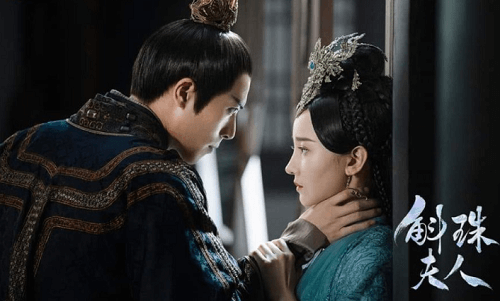 Tells about Hai Shi, a young girl living in a coastal village. Once upon a time, Hai Shi’s father was killed on a fishing trip and the town where Hai Shi lived was also plundered by the royal army.

Because of this, he developed a grudge against the emperor who he held responsible for the tragic event, and swore revenge.

She then meets Fang Zhu, an official of the imperial court and the emperor’s closest confidante. Fang Zhu accepts Hai Shi as a disciple on the condition that he hides his true identity.

Hai Shi carries out his plan by joining the royal military. But instead, he gets into the conflict and secret schemes of the kingdom. This Chinese drama was released in 2021 with 48 episodes, available on Amazon Prime Video. 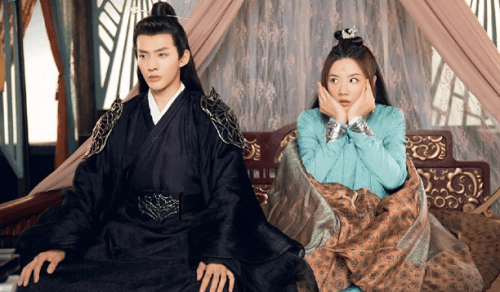 A tale tells of a dragon king and a young girl who vowed three lives to wait for the one she loves. It happened because the maid saved her from one incident.

This romantic Chinese drama is available on Amazon Prime Video. It will be released in 2021 with 36 episodes. 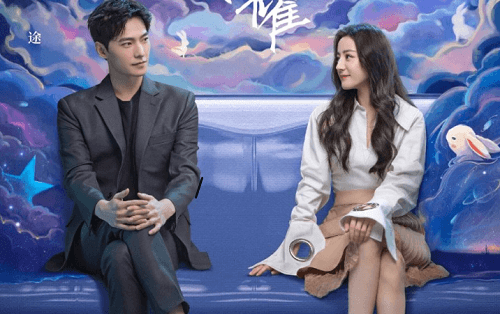 A story that follows an aerospace engineer named Yu Tu and rising star model Qiao JingJing. When Qiao Jing Jing became the brand ambassador of a game, she had to play it. But he sucks at playing games.

She then decided to enlist the help of Yu Tu who she had liked for a long time. As they grow closer, the two forge ahead to become each other’s glory.

This is one of the best Chinese dramas on Amazon Prime Video. It will be released in 2021 with 32 episodes.

5. Ruyi’s Royal Love in The Palace 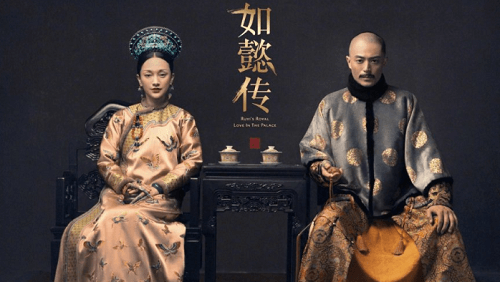 Ruyi is an empress who quickly learns to overcome dangerous court politics and rise through the ranks. After becoming the Empress, Ruyi still had to survive the many plots that would come against her.

His relationship with the Qianlong Emperor became distant even as Ruyi was able to overcome the challenge. Can Ruyi maintain her role as Empress in the coming hardships and betrayals? Released in 2018 with 87 episodes. 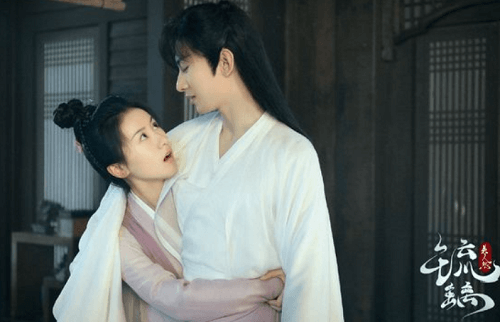 One thousand years since the battle between the devil and the heavens took place, the souls of Star Mosha and the War God were sent to the mortal realm for penance.

Four years later, their destinies are intertwined again and as their memories recover, their past lives emerge and uncover secrets and conspiracies involving themselves and the three realms; demonic, heavenly, and mortal.

This revelation has a major impact on their relationship, creating an imbalance in all three realms. You can watch this Wuxia Chinese drama on Amazon Prime Video. It was released in 2020 with 59 episodes.

7. The Wind Blows From Longxi

During the war between the Wei and Shu kingdoms, Shu defeated Wei using their homemade bow. This made the Wei kingdom send many spies to infiltrate the Shu kingdom and steal this powerful weapon.

But as it turns out, Chen Gong and Xun Xu, Shu’s spies have been infiltrating the Wei kingdom for years. After learning of Wei’s plan, they decided to work separately and stop him.

This C-drama was released in 2022 in 24 episodes and is available on Amazon Prime Video.

8. You are My Destiny 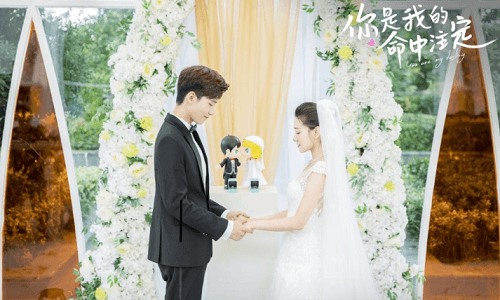 Tells about the incident last night that changed the lives of two people. On the cruise to the Bahamas, Chen Jia Xin met Wang Xi Yi and had an impromptu one-night stand, which ensured further contact, once back on land.

However, family pressure arises from Jia Xin’s pregnancy, and finally agrees to 1-year contract marriage with a divorce clause. Their child was still with Xi Yi, who was about to marry another woman, Shi Anna when they separated.

But their destiny is to be together, and after several years, Jia Xin and Xi Yi meet again. And it is possible that their future will be united as if they had never been apart.

This is one of the best Chinese dramas available on Amazon Prime Video, released in 2020 with 36 episodes.

9. The Sword and The Brocade 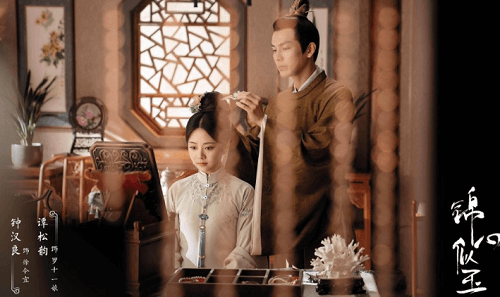 Set in the Ming Dynasty, tells the romance story between general Xu Ling Yi and concubine Shi Yi Niang’s daughter, which starts from an arranged marriage.

Despite being born into a lowly status, Shi Yi Niang is very strict and believes that women’s views should not be limited to the household. She hoped to rely on her embroidery skills as her ticket to freedom even though her husband-to-be was a duke.

This Chinese tv show was released in 2021 with 45 episodes and is available on Amazon Prime Video. 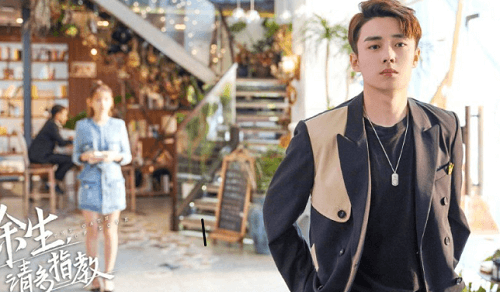 It tells about the life of Lin Zhi Xiao, a rookie cellist, and a junior in the music department at his university. He was determined to achieve his dream, but his dream came to a halt when his father was hospitalized and diagnosed with cancer.

While at the hospital, she meets Gu Wei, the doctor in charge of treating her father. He begins to enter her life in the most awkward and unexpected ways.

They then get to know each other and as time goes by, they get close and understand and eventually fall in love.

This Chinese drama starring Xiao Zhan and Yang Zi was released in 2022 with 32 episodes and is available on Amazon Prime Video. 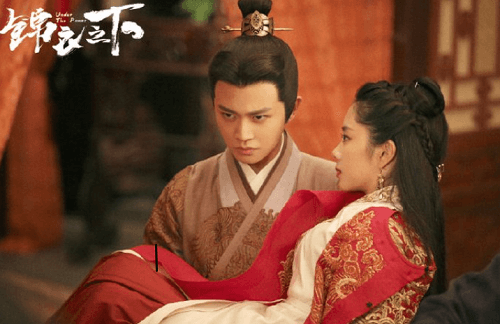 Lu Yi was a cold, ruthless, and authoritative high-ranking officer who was part of the Jinyiwei (Emperor’s elite guard/secret police) during the Ming Dynasty.

He meets Yuan Jin Xia, a bright and passionate female officer from the 6th Police Division. They clash because of a case involving both of them.

Their paths continue to intersect with a series of minor cases until Lu Yi and Yuan Jinxia are assigned to a team by the Emperor to investigate the disappearance of funds that had been set aside for river repairs in Yangzhou.

They then uncover a conspiracy involving high court officials. Meanwhile, their dislike for each other slowly turns into love. Released in 2019 with 55 episodes and is available on Amazon Prime Video. 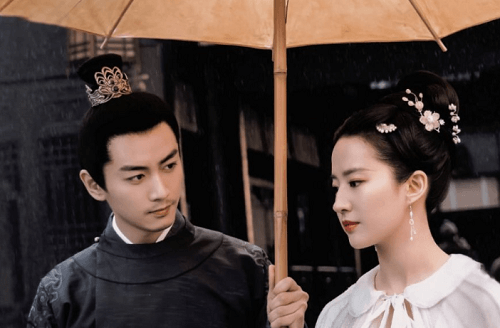 Tells about Zhao Pan Er, a smart woman who owns a tea shop. Once upon a time, he had to accept disappointment after his fiancé suddenly asked to break up with him.

Thus, Zhao Pan Er finally worked up the courage to go to Beijing and approach her fiancé to find out the truth behind their breakup.

However, as time went by, there he met a man named Gu Qian Fan and they were always together and fell in love.

A Dream of Splendor is one of the best Chinese dramas available on Amazon Prime Video, released in 2022 with 40 episodes. 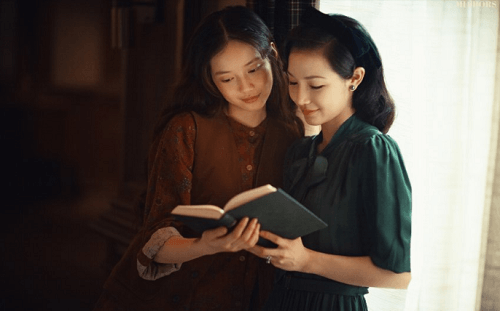 You Yi is a young, innocent, and kind-hearted socialite. He is also a successful writer who lives by the admiration and envy of everyone.

His seemingly perfect life is turned upside down when he is betrayed by the two most trusted people in his life.

After that, he is lost and aimless until he finds refuge in the friendship and support of Yan Wei, a young photographer with a cold personality.

But behind that, unbeknownst to everyone, Yan Wei has a deadly secret identity. This Chinese series was released in 2021 with 12 episodes and is available on Amazon Prime Video. 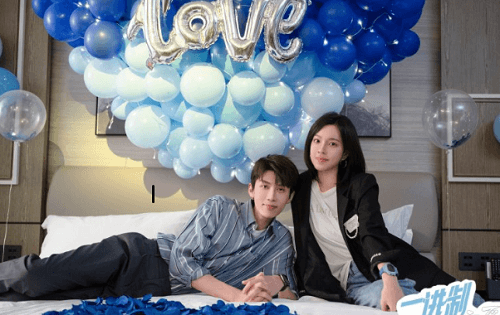 It tells about the life of Zhou Lin Lin, a student who is good at some subjects but fails in others.

Through a careful study plan drawn up for him by direct student A Fang Yu Ke, Lin Lin manages to catch up and is also able to enter a top university.

This is the beginning of a story of friendship, and romantic love that changed many things in his life. This Chinese drama is available on Amazon Prime Video, released in 2022 with 24 episodes.

15. A Murderous Affair in Horizon Tower Tells about the murder of the beautiful coffee shop owner Zhong Meibao in a condominium in Horizon Tower. When he died, his face still wore makeup and looked like a doll, so the case was referred to as the “Puppet Murder Case”.

This case shocked all the residents of the tower, and upon investigation, the clues led to three suspects, firstly security guard Xie Baoluo, secondly architect Lin Dasen and thirdly property manager Lin Mengyu.

The three suspects were mesmerized by Zhong Meibao’s beauty, and all of them had intimate relationships with her. All clues seem to point to a possible love crime. This Chinese tv show was released in 2021 with 16 episodes and is available on Amazon Prime Video.

That’s the list of the best Chinese dramas on Amazon Prime Video that you can watch right now. There are many good Chinese TV shows on prime video and of course, they have subtitles. Thank you for reading this article!