Are you looking for a list of the best dramas starring Liang Jie? Here we’ve rounded up the top 11. Liang Jie is an actress and model from China. She made his acting debut in 2016 in the series “Go! Goal! Fighting!”.

In 2017, Liang rose to prominence for her role as Qu Tan Er in the time-traveling historical romance series, “The Eternal Love” and its sequels. So for that, here is a list of the best drama ever played by Liang Jie!

1. Side Story of Fox Volant 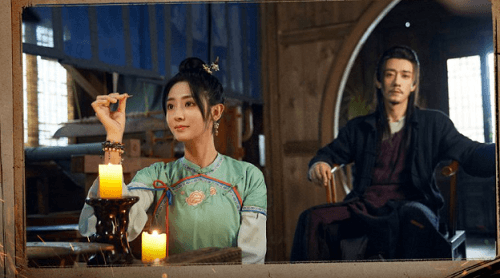 Hu Fei is a young, brave, justice-loving man on a quest for revenge. When his father was killed, he was orphaned and thirsty for revenge.

During his travels, he encounters a tyrannical warlord who he believes has wronged him and others. But things get complicated when he falls for the warlord’s daughter, the stunning Yuan Zi Yi.

Then in the end Hu Fei started to suspect that his father’s death didn’t happen as he had originally believed.

The series will be released in 2022 with 40 episodes and stars Liang Jie, Xing Fei, and Qin Jun Jie in the main roles. It’s available on Viki.

2. You Are My Destiny 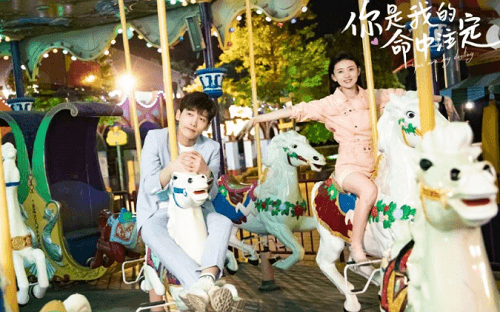 Following an incident on a cruise ship to the Bahamas, two people from different worlds have the opportunity to meet and change their destiny for one another.

Chen Jia Xin met up with Wang Xi Yi and had their impromptu one-night stand, which ensured further contact, once back on land.

When she returns, family pressure arises due to Jia Xin’s pregnancy and she agrees to a contract marriage with a divorce clause. Their child will remain with Xi Yi, who is about to marry the woman he loves, a dancer, and his old girlfriend, Shi Anna.

After they separated, Xi Yi grew up and wanted a family. He also severed his relationship with Shi Anna.

Fate reunites Jia Xin and Xi Yi in Hungary. As their shared history and possible future come together, it is as if they had never been apart.

The drama starring Liang Jie was released in 2020 with 36 episodes. You can watch it on Viki.

3. To Our Dreamland of Ice 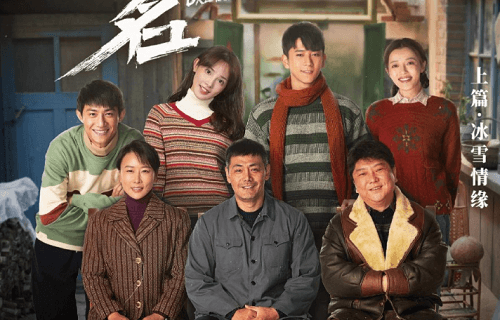 She and her best friend Tang Jian grew up in the ‘snow’ and have worked hard to make their dreams come true. The two then meet Li Bing He, a girl from the city who has a bright personality, and become close friends.

Everything changes when an accident occurs, Tang Jian quits speed skating and his dreams are shattered. Later, Yan Zhen Hua becomes Li Bing He’s skating partner, and they eventually, fall in love with each other. However, after various twists and turns, the two decided to break up.

The story follows Yan Yang, the son of Yan Zhen Hua, who is selected from a local club to take part in the short-track speed skating national Olympics training camp.

Yan Yang worked his way up from a women’s team sparring skater to a full-time skater. He was very enthusiastic about participating in the Olympics.

Especially after knowing the story of his parents, and he became even more determined in his dream. It was released in 2022 with 34 episodes.

4. Time Flies and You are Here 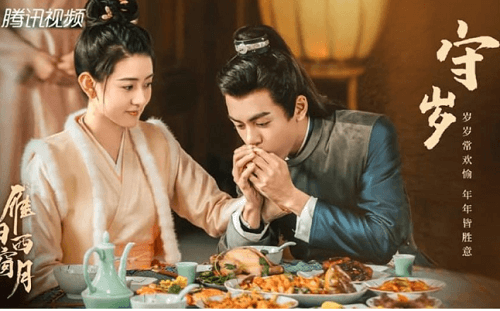 Due to the arrangement, the two signed a marriage contract leaving Xiao Man with no choice but to marry into the royal family.

The two frequently clashed non-stop until they slowly opened up to one another. Zhao Xiao Qian and Xie Xiao Man overcome many obstacles together as they learn to love and support each other as husband and wife.

This is one of the best dramas starring Liang Jie. It was released in 2021 with 32 episodes and is available on Viki. 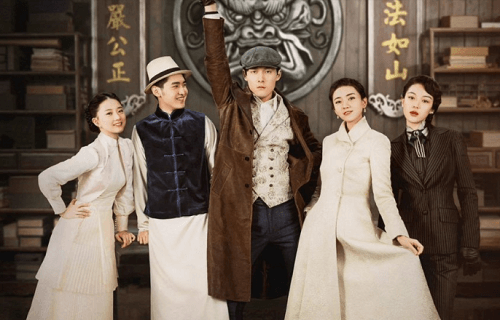 It tells the story of Kong Xue Li, a rookie young cop, and Fang Dong, a sharp-minded coroner. both of them are trying to destroy the myths that spread in society.

Using reason and their knowledge of contemporary science, they demonstrated that what many believed to be supernatural spirits were in fact a conjurer’s trick of smoke and mirrors. The Mandarin series, played by Liang Jie, will be released in 2021 with 30 episodes. 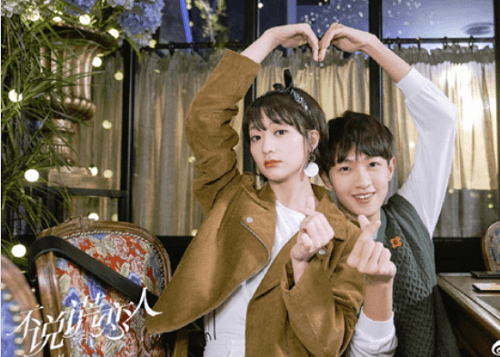 When Xu Yi Ren loses his relationship and career overnight, his close friend, Xia Di, recommends him to an architectural firm as an assistant to the CEO.

However, during the interview, she finds out that the CEO of the company is Fang Zhi You, the one who revealed that her boyfriend was having an affair in public.

Xu Yi Ren finally gets the job but is given a strange assignment and lies to his boss. Getting Fang Zhi You to expose his lies in public always put him in a difficult situation.

This drama stars Liang Jie and Xin Yun Lai as the main characters. It was released in 2020 with 31 episodes.

7. The Day of Becoming You 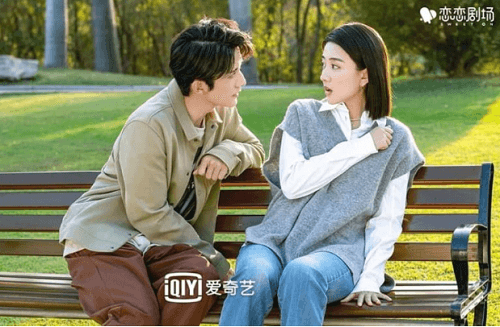 Jiang Yi is a huge star in the entertainment industry and the cold and distant leader of a popular boy band. But in reality, he wasn’t good at expressing himself ever since his parents divorced.

Whereas on the other hand, Yu Sheng Sheng was an entertainment reporter who kept running into stone walls while working. There was an accident that resulted in the two bodies being swapped on his birthday which happened to fall on the same day.

The sudden change caught them off guard causing each other to cooperate day and night. And in the end, Jiang Yi and Yu Sheng Sheng gradually fall in love.

This tv show was released in 2021 with 26 episodes and you can watch it on Viki. 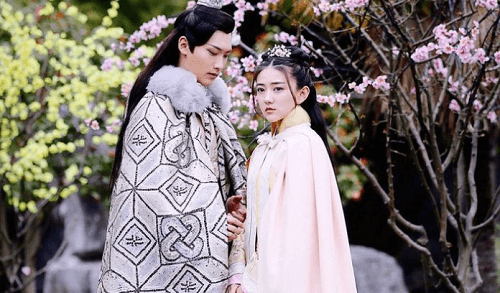 Tells the story of Mo Lian Cheng, the 8th prince of Dongyue who was forced to marry Qu Tan Er, who was already in love with Mo Lian Cheng’s older brother, Mo Yi Huai.

Qu Tan Er who knows this tries to commit suicide before the wedding can take place. Instead of dying, Qu Tan Er awakens with the soul of Xiao Tan, a real estate agent from modern times.

Every time one of them fell unconscious, or lied about their feelings, the soul-controlled Qu Tan Er’s body switched.

Even though Qu Tan Er’s body had the same outward appearance as Xiao Tan’s, their souls were different and their attitudes were very different. Qu Tan Er is quiet and refined, Xiao Tan is tough, mischievous, and bold.

One of the best dramas starring Liang Jie was released in 2017 with 24 episodes. This series has a sequel and you can watch it on Viki.

9. The Flame of Youth 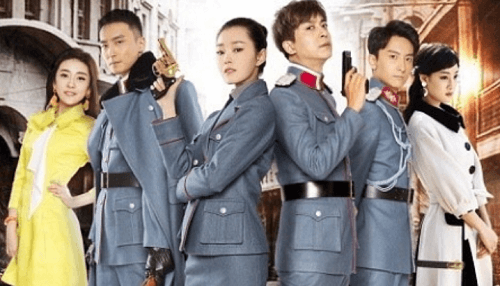 The drama’s storyline focuses on the Songhu Anti-Japanese War. Tells the story of Gu Xing, a minor character in Shanghai who accidentally gets involved in a case.

The case involved Japanese counter-revolutionary forces and an espionage organization during the turbulent war years and took a revolutionary path by chance. This Chinese series was released in 2016 with 44 episodes. 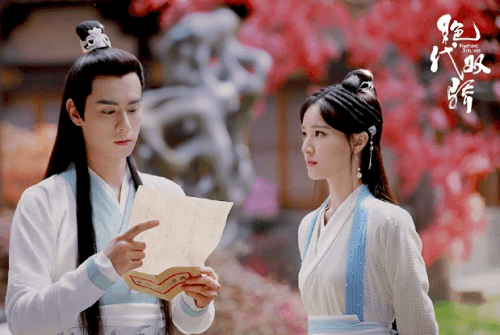 This is the best Chinese Wuxia drama that tells about twin brothers who were separated at birth but grow up to become great martial artists.

They were raised to seek revenge on each other but soon find themselves becoming best friends. Together they vow to rule the world of martial arts and find their true selves.

This drama stars Liang Jie, Chen Zhe Yuan, Hu Yi Tian, and Vicky Liang as the main characters. It was released in 2020 with 44 episodes and is available on Netflix. 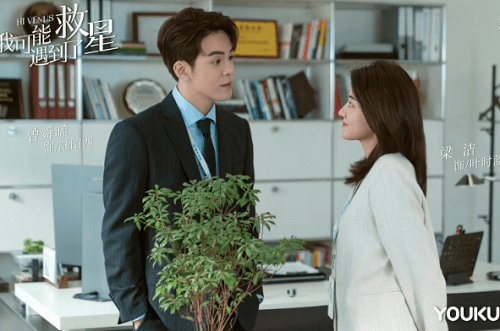 This is a Chinese medical drama that tells the story of Ye Shi Lan, a pediatrician who works at the Taoyuan Village Clinic, and who only puts the interests of her patients first.

He only wants the best for the children he cares about.

Once he had a misunderstanding with the new hospital director, Lu Zhao Xi. Yet he instead appointed Shi Lan as his temporary assistant.

Because they were always together, Shi Lan started to realize that she was wrong about Lu Zhao Xi. They then together make the hospital better and develop feelings of love.

This tv show with Liang Jie released in 2022 with 24 episodes and is available on Viki.

That was the top 11 list of Liang Jie dramas that you must watch. Thanks for reading this article, have a nice day!