Hi Venus Review. Hi Venus is a Chinese rom-com drama that I was initially attracted to because of its main character. With a total of only 24 episodes, it convinced me to watch many more.

Now I have to say I’m glad I tried it. It’s easy to fall in love with this drama despite the simple and predictable plot. My Hi Venus review below will share some of the best aspects of this tv show and why you should watch it. 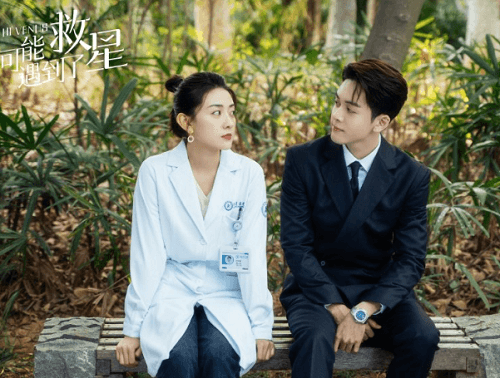 This is a Chinese medical drama that tells the story of Ye Shi Lan, a pediatrician who works at the Taoyuan Village Clinic, and who only puts the interests of her patients first.

He only wants the best for the children he cares about. Once upon a time, Shi Lan should have been happy when a new hospital director, Lu Zhao Xi, was appointed.

But a rather big misunderstanding on his part and the new director started their working relationship off on the wrong foot.

He believed that Zhao Xi was an unscrupulous drug dealer who had no qualms about conning people. That made Shi Lan do everything he could to make the new hospital director’s life miserable.

But after she was appointed as a temporary assistant, she started to realize that she was very wrong about Zhao Xi.

Shi Lan then started working together to solve a number of problems. Shi Lan and Zhao Xi were finally able to put their past behind them and began to develop a mutual understanding and respect for one another.

Working side by side to save lives, Zhao Xi and Shi Lan gain a deeper understanding of what it means to be a doctor.

They inspire each other to be the best, and this unlikely couple begins to fall in love and secretly hides feelings.

It ends well in Hi Venus. Ye Shi Lan accepts Lu Zhao Xi’s proposal, and he does too. At the conclusion of Episode 24, they got married.

With the support and love of Lu Zhao Xi, Ye Shi Lan has improved her outlook and level of trust. As a result, she has improved and grown happier.

Jia Jia and Assistant Lin also get together in the end. She plans to take over a cafe, and a business is interested in purchasing the rights to one of her works.

When Did The Couple Get Together?

In Episode 15, Lu Zhao Xi kisses Ye Shi Lan because they were becoming too intimate. However, a call interrupts them.

Ye Shi Lan requests that Lu Zhao Xi treat the kiss as an accident the following day because they had been drinking during supper.

Being unhappy about it, he asks Qiao Yu to assist him in making Ye Shi Lan envious. He regrets injuring Ye Shi Lan, though, after his behavior enrages her.

By inviting her to join him at his mother’s birthday party, he manages to win her back.

Before she acknowledges her own affection for Ye Shi Lan, Lu Zhao Xi confesses to him first. As a pair, they began dating in episode 16.

In Episode 21, he already considers getting married to shield her from rumors, but she rejects the notion because they had only recently begun dating.

Is There A Breakup And Love Triangle?

The couple didn’t split up after dating, no. On Chairman Lu’s advice, she simply appears to split up with him in Episode 22 so they can close in on Gao Xuan, who has been circulating rumors about the couple in an effort to topple Lu Zhao Xi as the hospital’s president.

After that, she asks to go to Taoyuan Village and persuade everyone that they have split up.

In Episode 23, Lu Zhao Xi learns about his father’s scheme after getting back from a business trip. Then, to enjoy Ye Shi Lan’s prodding, he acts irascible.

After Gao Xuan is detained, Lu Zhao Xi shows up in Taoyuan Village to surprise Ye Shi Lan. In Episode 24, he pops the question to her in the village.

Neither a love triangle nor envious ex-lovers exist. Despite being ex-girlfriends, Qiao Yu and Lu Zhao Xi are simply close friends. In episode 15, she only shows up for work and even assists him in making Ye Shi Lan envious. 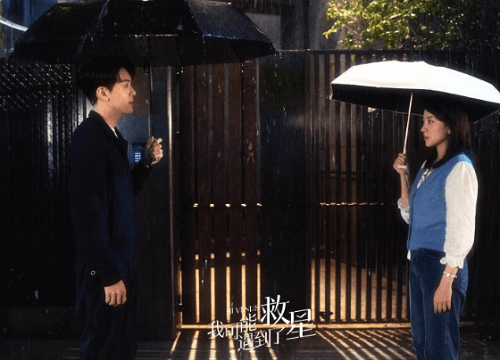 I picked up “Hi Venus” at first because I was interested in the drama Liang Jie starred in. But I can’t turn down Zeng Shunxi (aka Joseph Zeng) because so far I’m really enjoying most of his dramas.

He has a magnetic charisma that attracts the attention of the audience and his a handsome and adorable face. I was surprised at how much fun this series was. This drama gives viewers the perfect match here.

Despite being set in a hospital, the story is more like an office romance. No harsh hospital scenes, or talented/ambitious female/male lead doctors trying to save lives or invent new medical technologies/procedures.

It is basically a love story between a boss who has no medical experience, and his personal assistant who is a pediatrician with no administration and business experience.

Ye Shi Lan (Liang Jie) is a new pediatrician from a private hospital. He is temporarily assigned to the Chief Executive Officer, Lu Zhao Xi (Joseph Zeng) as his personal assistant and is forced to comply.

Ye Shi Lan came from a broken family with a father who committed suicide and a mother who remarried. He often feels insecure and has low self-esteem. He is also awkward, guarded, and reserved.

Despite the flaws he feels in himself, he is honest, accepts his own mistakes, and is systematic, clear, and self-sufficient.

I really like that Liang Jie has handled this role so well. Her style is calming and down-to-earth, and her serious demeanor is true to her character. Most importantly, he had great chemistry with Joseph Zeng.

Meanwhile, born with a silver spoon into a self-employed household where his parents run a hospital business, Lu Zhao Xi is not the typical CEO who is cold, gruff, arrogant, and incompetent.

She is mature, caring, playful, never pushy, optimistic, and empathetic (as her simulation of labor pains shows).

He is also romantic, sincere, accommodating, sweet, warm, friendly, fearless (except for bugs), intelligent and confident. He is the perfect partner that all girls want and deserve.

When Lu Zhao Xi fell in love with Ye Shi Lan, the two were unsure of each other: he thought she was too good for him and he didn’t deserve her.

He was afraid of losing it if he accepted it; Even though for him, through various gossip and conversations, he was still unable to get out of the wounds of the previous relationship, so he hesitated for fear of being rejected.

Joseph Zeng plays the role of Lu Zhao Xi perfectly here and I don’t think any other actor could do it better.

I think both of the main casts got decent character development in the show which I can say is very good.

I’m not going to talk much about the characters and the cast here, they’re all great and do a really good job.

Lastly, the background music is funny, usually fast, and upbeat. There is extensive use of various pieces of music, including classics such as Mozart’s Ala Turka, to accentuate the moods and faults of scenes.

Romantic music can suddenly stop when something unexpected happens. It adds more humor to the moments and is brilliantly executed.

Is Hi Venus worth watching? It’s a lot of fun and well worth watching. If you are looking for something light, funny and a story with a healthy relationship then this drama is for you.

Overall about the Hi Venus review. This is a story with a very simple storyline and no plot twist. I found the writing of the last few episodes not as exciting as the previous ones, and the drama got a bit bland toward the end, but everything was fluid.

Nonetheless, the game is relaxing and lighthearted which is great for relieving stress and anxiety.

I love the author’s humor. It’s so subtle that one might not catch it right away. To me, this is excellent writing and a lot of thought has gone into it.

In short, I would absolutely recommend this drama to anyone. Will definitely be on my favorite Chinese drama list and rewatch list. Hi Venus review score of 8.5/10