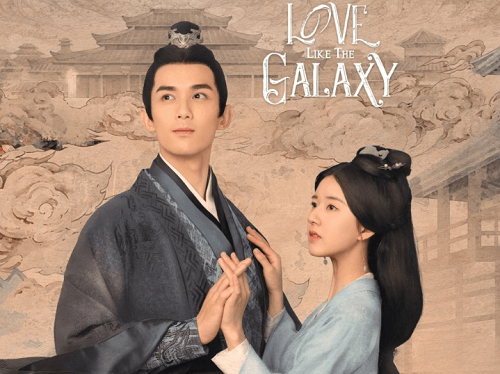 Tells about Shao Shang who was forced to leave by his parents to go to war. He was under the care of his aunt and grandmother since he was born.

Her aunt is a petty and jealous woman who often abuses her while her superstitious grandmother tends to listen to her daughter-in-law.

Her mother even considered her to be a troublemaker and tried to shape her into a graceful and more cultured young woman.

This resulted in Shao Shang not being able to get along with his mother. His own desire for freedom and his choice of path in life led him to a relationship with Lou Yao and later, Ling Bu Yi, who became the love of his life.

Ling Bu Yi is a cold-hearted general with a dark and scarred past. But when she met Shao Shang she fell in love with him.

However, Ling Bu Yi also has a hidden intention, which is to investigate the massacre in Gu City that caused his uncle’s family to be wiped out more than a decade ago.

As his relationship with Shao Shang grows deeper and closer, Shao Shang is soon dragged into the complexities of palace life and his investigation causes friction between them.

Love Like The Galaxy has happy ending. Working together, Shao Shang and Ling Bu Yi prevent the rebels from torching the village and assassinating the 3rd Prince. His family also assisted Shao Shang in the battle against the rebels.

They had previously been imprisoned due to a conspiracy between Tian Shuo, the rebel leader, and Wang Yan Ji, Lou Ben’s wife.

She wanted to exact revenge on Shao Shang and Ling Bu Yi for exposing her husband’s sins and driving him to suicide.

When Wang Yan Ji lit a fire in the chamber in Episode 55 in an attempt to kill them both, the pair came dangerously close to perishing.

Shao Shang truly believed that the explosion had resulted in Ling Bu Yi’s demise. Shao Shang comes to understand that he must forgive her and how much he loves her as a result of missing Ling Bu Yi.

He decides to make up with her because it’s a relief to see him still alive. Their bond and trust in one another were further solidified during the battle with the rebels.

Following the victory, word of their upcoming nuptials reached Emperor Wen as well. The Shao Shang family is shown in the last shot being photographed under a starry sky. 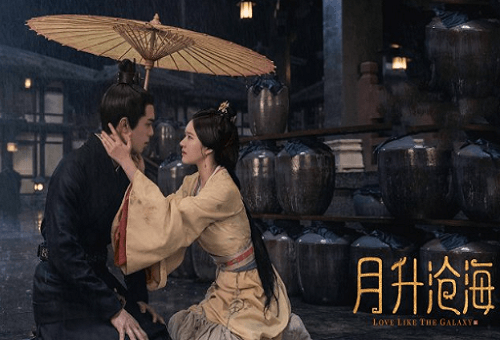 In my opinion, Love Like The Galaxy is not an ordinary romantic drama, especially in its first half. There will be no courtship or love proposals in this boy-meets-girl situation.

In fact, during the first quarter of the play, the girl starts getting to know another man and plans to marry him. About eight to ten episodes make up part of this plot.

The female protagonist who has two relationships in a drama may not seem romantic, but the story is interesting until then.

Where she learns how to love and be loved is her second relationship with the male protagonist. This is not an ordinary contract or forced marriage scenario.

The guy’s sudden proposal to the girl was actually left to her as a choice. She didn’t love him at the time, but he decided to accept based on pragmatic factors.

The events that influence his decisions are laid out clearly and Love Like The Galaxy has a strong plot basis.

This allows the viewer to understand and empathize with the main characters rather than relying on sweetness and chemistry to drive romance.

Love Like The Galaxy is not the drama for you if you like complicated plots and power struggles. The emperor was no ordinary tyrant who believed that everyone was after his throne, but was sometimes a smart man with a kind heart.

The Empress and Noble Consort were not vengeful and power-crazed women. In fact, unlike the usual royal drama, they get along for a change.

Even the investigative part is simplified and done simply. While there’s some interest in the past, it’s not a suspenseful story.

Instead, the entire play reads like a collection of short stories about various characters who are connected to the protagonist in some way.

This becomes clear after about 15 episodes. Each minor character has unique motivations and problems, which are then combined into one unit.

As a result, there is something unique and unusual about this drama. Even though some characters only play a supporting role at certain moments, they still have influence.

Love Like The Galaxy is a fantastic film to watch if you’re sick of the toxic palace politics and harems of Chinese historical dramas.

The main character in Love Like The Galaxy is a smart and independent young woman. Shao Shang was not a kind and forgiving person, therefore he was not a perfect person.

He returned what he had received, even returned the treatment he deserved. He is stubborn and warlike.

Additionally, viewers will be able to understand how he came to be the way he is today, making the character generally likable despite his flaws.

The male protagonist is also icy and haughty, with a strong sense of self. He even acted violently in some scenes. But Ling Bu Yi held a lot of bitterness in his heart and was a tormented person.

Viewers also know enough about her past, making it easy for them to understand how she sees the world.

As a result, even though their flaws are sometimes obvious, they seem more realistic. The characters have unquestionably been well-developed to work with the plot.

In terms of acting and chemistry, the cast did a great job. Zhao Lu Si is very suitable to play Shao Shang, who often plays spoiled roles and can also be a challenging and witty young woman.

He did a great job of making Shao Shang’s character so real and giving us a complete character.

Leo Wu was also very suitable as Ling Bu Yi. He is handsome and can pull off a character that is tough, cruel, and cold.

Therefore, I don’t think there is anyone more suitable than Leo Wu and Zhao Lu Si to be the main characters here. They look harmonious as a couple with good chemistry. 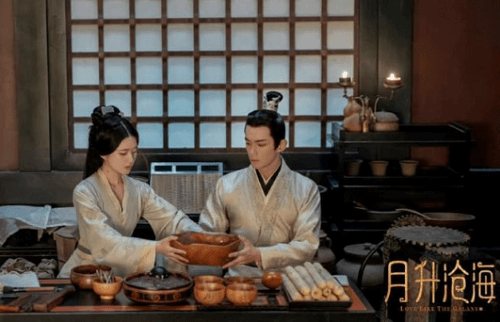 The Cast of Love Like The Galaxy Chinese Drama

The story develops quickly, but you may need to give it a little time to develop at the start. Dramatic visuals, stories, and emotions will pull you deeper.

And each episode just keeps getting better and better, with unexpected comedy, sweet moments that I love so much, and heartbreaking twists. You’ll find yourself re-watching some of the clips just to appreciate the dialogue and action.