City of Streamer Review. This is a drama about the era of the Republic of China that is so captivating, and able to hold your attention, the setting and costumes also make it very spectacular to watch. So I watched it and here is my City of Streamer Chinese drama review below! 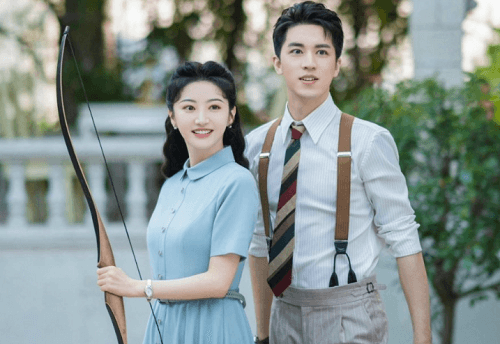 Drama China City of Streamer will take place around the beginning of the 20th century. The drama is set on the coast of Shanghai, where warlords have begun to seize their power.

Then, many heroes emerged and a revolutionary movement began to rise. Taking advantage of their wealth, the highly influential Rong Jia Shang family often abuses their power to commit heinous crimes.

In order to uphold justice, Feng Shi Zhen decided to take the path of revenge. He managed to sneak into the Rong family and became the young master Rong Jia Shang’s tutor.

However, amidst each other’s testing and exploits, Feng Shi Zhen instead slowly finds herself falling for the enemy’s son.

As the truth about the injustices and grievances that occurred twenty years ago begins to unravel, these two lovers who were originally on two different camps work together. They then go through many hurdles and finally reveal a shocking truth.

City Of Streamers has a happy ending. Jia Shang’s father passed away three years prior after he kidnapped Shi Zhen and intended to murder her on the day of Fang Hua and Yun Chi’s wedding.

Meng Xu An’s bullet caused him to fall out the window, and while he was falling, his scarf tangled with it and severed his neck.

After his father’s passing, as he had intended to do all along, Jia Shang made his father’s misdeeds public in order to atone for the family’s sins.

After getting married, Fang Hua and Yun Chi immediately relocated abroad. Fang Lin was sent by Jia Shang to travel with them in order to finish her studies.

Concubine Wang and Mrs. Rong relocated from Shanghai to their native Nanjing. Shi Zhen relocated to Beijing with her family, while Jia Shang sold the family house and traveled to Guangzhou to enroll in an aviation school.

As they boarded separate trains to travel to various places, they continued to look at each other from different platforms at the train station.

After everything that had occurred between them, Jia Shang was aware that they needed some time to unwind. 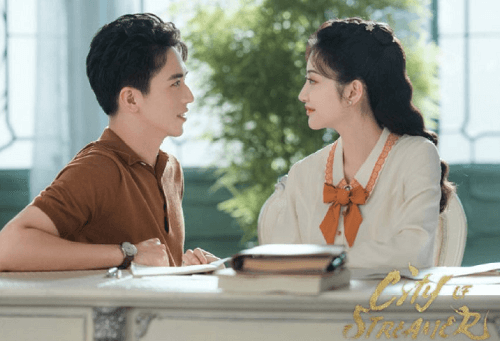 I like Chinese dramas with Republican Era settings and this one doesn’t disappoint to try.

The plot of the story as a whole talks about the conspiracy and the various twists and turns in it. This is a story of revenge that takes place but also wants to show viewers about Opium consumption and its adverse effects on health and life.

Also stories about all the ways to cheat each other especially related to Business dealings. So maybe some people can get bored, even though it’s a genre I can enjoy.

There are many complicated family feuds and it also shows us the struggle for freedom and dreams. The plot twist is very strange but also unpredictable and quite fun to watch.

The main villain’s deeds are absolutely cruel. Once I bonded with her character and started to understand her story, I sat beside her with hatred, anger and frustration.

Lots of stuff bugs you to death here, but the story would be nothing without it. Anyone looking for light fluffy stuff, just run. It’s not you.

I noticed the cinematography was great and that Qipao gown, the wavy silk hairdo made us feel like that republican era.

The visuals are definitely the big advantage here especially since it’s a long 40 episode drama so there has to be something on screen that people can relate to.

Of course, apart from this arrangement, Jing Tian and Xu Weizhou were the best eye candy to stare at.

As for Jing Tian’s acting (as Feng Shizhen) — Feng Shizhen is strong and smart and he knows what he’s doing. Jing Tian carried out this role with great grace.

From spying on the sly with the gentle gaze of a nanny (teacher) to expressing her emotions at the right moment. I really connected with the character and really supported him from the start.

Meanwhile, Xu Weizhou (as Rong Jia Shang) — he is the young master of the Rong family. Jia Shang was a proud and careful boy at the military academy since childhood.

He is capable but quite clumsy as well. He looks like a puppy in love who wants to do something but he has to grow up first. I really felt sorry for him all the way.

My problem with this play is the pace. The game sometimes becomes so slow that you feel that the energy is running out.

No matter how plotted it is, I really feel the urge to speed it up like 2x or so.

Other than that, I’m quite satisfied with this drama because what I hope for here is a good revenge story and a strong female lead, that’s all I have.

Is City of Streamer worth watching?  This is a great disposable watch. with good characters, acting, chemistry, and plot this drama is worth spending time watching. 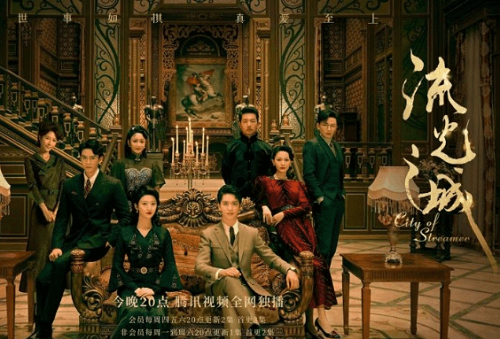 Jing Chao as Meng Xu An

This drama may be slow but I never get bored, in fact, I’m addicted to it. Even though it has some flaws, I don’t care, it is and will remain one of my favorite Cdramas.

For re-watch value, I rarely re-watch shows, but if I have some free time I’ll definitely re-watch this. That’s very good! To my delight, I just found out that the novel is even better and hotter, so I’ll try to read it. Skor for City of Streamer Review 8/10