The Confidence Review. This is a drama with a dark and twisted plot, if you don’t like dark, twisted dramas then don’t choose this one.

He then used his position as Xiao Sheng’s right-hand man to gather evidence. He also cooperates with Ke Ying to dismantle the criminal organization.

The Confidence is a drama with quite a dark and twisted plot, so if you don’t like dark, twisted, gritty dramas then don’t go for this one.

The first episode also had a potential rape scene, which we later found out didn’t happen, but the way it’s presented is absolutely terrifying and dark.

I sometimes skip the first episode entirely for this reason.

They do the whole Face/Off trope here. Where we should believe that one human’s face could be instantly transferred to another human’s completely different bone structure so perfectly, that he came out exactly like Peng Guan Ying.

We all know that you can’t get plastic surgery to look exactly like Peng Guan Ying, no matter how much you want to, that’s why I called this drama “gritty”, not “realistic”.

The fact that the antagonist looks like Peng Guan Ying, who is such a fine actor, makes it hard not to support him, even when (or perhaps, especially because) he falls into a dark and toxic love obsession with the main female character.

The story is dense and fast-paced with a well-organized plot. While it may not be entirely clear in the first few episodes, each character and storyline is closely linked to the main plot, and the characters are intelligent people with clear motivations.

This means you are never completely sure what will happen next. Because the stakes are so high and also don’t know who is right. There are also some genuinely tense moments.

The acting is also excellent. Specifically, all three prospects got everything right. They all keep secrets from each other and you can really see the layers in their looks.

A significant flaw in this drama is that they had to cut a lot of scenes to get broadcast approval because it is a dark genre.

As a result, certain parts of the drama don’t feel continuous. You can tell there are missing scenes, but that shouldn’t cause any confusion.

There are also some supporting characters that annoyed me, such as Ke Ying’s fiancé, his journalist friend, Officer Chen’s daughter, etc. But it won’t have much effect on the story. The protagonist and antagonist are charismatic and interesting to watch. 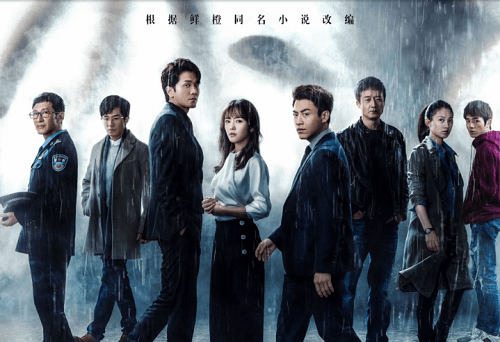 Elvira Cai as He Yan

Ling Zi Tong as A Gang

Wang Wei as A Kun

Xi Lu as Ya Ya

Overall, I think this is a good drama. But I wish they could show us the deleted scenes. Is The Confidence worth watching? This is suitable for those of you who like the dark genre by solving mysteries and betrayals in it. My The Confidence review score is 7,8/10