Just Fiancee is a short Chinese drama web series, with a duration of 5 minutes per episode, but it’s not boring when I watch it. Check out my Just Fiancee review below! 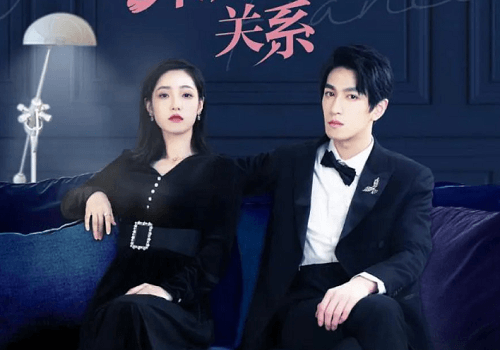 It tells of the sudden disappearance of Gu Man Man, the fiancé of group leader Max, Su Yu, and the beautiful daughter of the Gu family.

Su Yu had to quickly find a girlfriend to patch things up. But on the way, Su Yu accidentally met Qiao Mai, who looked exactly like Gu Man Man.

Su Yu had no choice and directly asked Qiao Mai to temporarily disguise herself as his fiancé to appease her grandfather’s condition, and until the real Gu Man Man was found.

However, neither of them expected that their relationship would soon turn into something more than a mutually beneficial contractual agreement.

This is a short web drama with 5 minutes per episode. Maybe I won’t review it at length, I’m just bothered by the negative reviews about this short drama so I wanted to write about my opinion.

To be honest, watching long-form Cdramas is fun, but trying this one won’t disappoint.

The storyline is nothing new, many short Cdrama series have stories like this. It’s natural that one play is somewhat similar to another, the most important thing is the execution.

Sometimes half measures make the drama boring but not here, in my opinion, it’s good and the duration is short to the point.

As for acting, the main cast did well. They did their job well and the chemistry between the main cast was great too. I also like Grandpa’s character here, he doesn’t have a negative role.

It was a very short drama, 24 episodes and each episode were 3 minutes long. But don’t get bored watching every episode but it would be nice for them to extend the time of each episode to 10 episodes

Overall, there’s no harm in trying to watch Just Fiancee! because it has a fairly light story, 2-3 minutes each eps, and it’s not as bad as other people say!

Note that you shouldn’t expect more for a short series and it’s not a bad time investment. Score 7.9/10