Are you looking for a list of Chinese dramas about cooking and culinary? You’ve come to the right place, here we’ve rounded up the top 10 titles.

It’s no wonder that Chinese TV shows with the theme of food are in great demand. This is a great program to relax and add insight into culinary matters.

It’s also about the more real romantic things that happen amidst the meal in the kitchen and that’s a good point in a themed drama like this. For that, here are 10 Chinese dramas about the best chefs and food below!

This series tells the story of Yu Hao who doesn’t know how to cook and doesn’t even have a kitchen at home. But he sponsors a food reality show and appears on his own.

But efficiency was his priority, and he didn’t want to waste time learning cooking on this, so when Yu Hao made a mistake, it was Su Ke Lan was blamed.

The relationship between the two then began to intertwine, from the kitchen and cooking affairs to developing into matters of the heart and love.

This Chinese drama about female chef was released in 2022 with 16 episodes. This is the latest drama that you can watch on Viki. 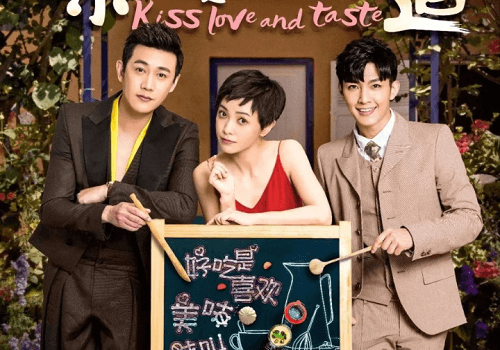 This Chinese cooking drama tells the story of famous chef An Wen Yu who loses his appetite due to a previous accident.

Then Chef Jin Jin Jin enters his life and hopes to learn the recipe from the An family. However, a rich man called Lin Xuan stood in his way.

Li Xuan had just returned from his studies abroad and wanted to use his knowledge to help An Wen Yu recover his appetite.

Wen Yu had a very cold personality, but as soon as she was faced with Lin Xuan’s bright personality, her smile would naturally appear. It was released in 2019 with 39 episodes. 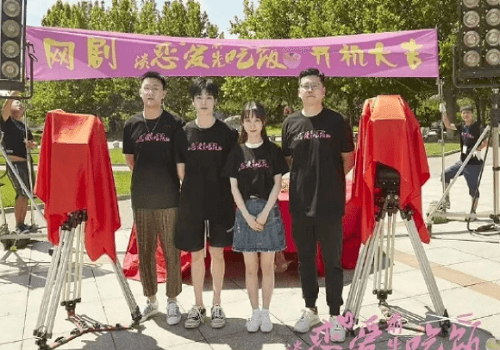 Chi Xiao Nian is talented in the art of cooking and often spends whole days trapped in the kitchen. But because of that, his girlfriend finds him boring and mediocre.

On their anniversary, Chi Xiao Nian carefully prepares a special lunch box for him, but her heart breaks when she arrives at the gym and finds him hooking up with another girl.

Meanwhile, Chi Xiao Nian’s old friend Yan Yu is a schoolboy with a poisonous tongue and a warm heart.

Yan Yu then told him that he could pretend to be his girlfriend to get back at the bastard. In this way, Yan Yu helped Chi Xiao Nian get out of the predicament.

He regained his confidence and continued to make tantalizing potions. This Chinese food tv show released in 2021 with 12 episodes. 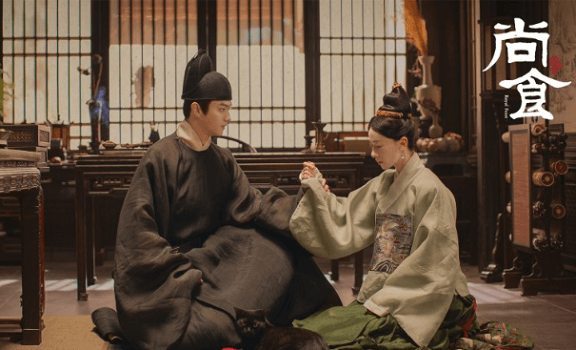 Royal Feast is one of the best Chinese cooking dramas of 2022. Set in the Ming dynasty during the reign of Emperor Yongle, and tells the story of a young girl named Yao Zijin.

He then enters the palace to become a waiter in a food bureau. In the profound palace, he remained steadfast and slowly improved his abilities while refining his skills.

But met with unexpected romance at the same time and his romantic attachment to Zhu Zhanji.

The drama also showcases the historical achievements and family life of the three prominent emperors of the Ming Dynasty. Depicts the Forbidden City full of rich family affection, friendship, love, and humanity. 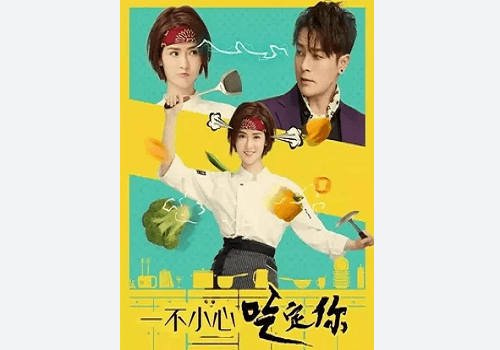 This is a story about a fantasy romance between a descendant of an imperial chef and the President of a luxury restaurant chain.

Gu Cong Lai was a woman who came from a family of chefs and possessed extraordinary elegance. He can see the taste of food and use the different tastes to influence one’s emotions.

She then coincidentally meets Liu Shang Jun, the President who dominates the luxury food chain.

Liu Shang Jun intended to recruit Cong Lai but their different personalities and aspirations resulted in a love-hate relationship between the two. It was released in 2018 with 12 episodes. 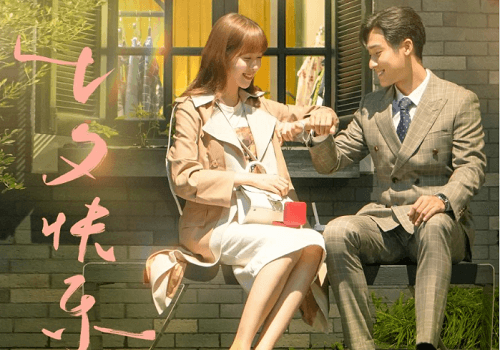 It tells the love story between Shen Ying and Zheng Dao who are two very different people in terms of personality and profession.

However, both of them share two things in common namely the same interests and goals. They wanted to share all kinds of healthy delicious food with the world because they harvested their own love story.

This Chinese cooking drama will be released in 2022 with 23 episodes and you can watch it on Viki.

7. Dating in The Kitchen 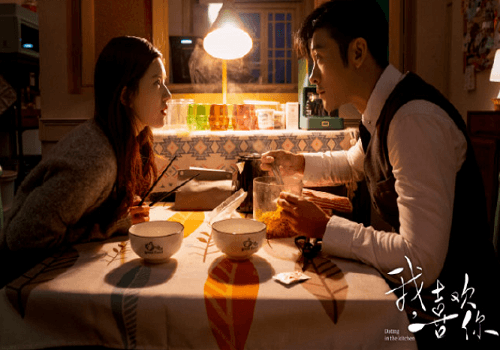 Gu Sheng Nan is a commissioner who works at the Zijing Hotel and is belittled in the kitchen. However, he is free to express himself through his food while honing his skills as a chef.

Once an unfortunate misunderstanding occurs and puts her on the wrong side of her future boss, sharp-tongued CEO, Lu Jin.

As a business expert, Lu Jin was not afraid of making tough decisions and was ready to curse the Zijing Hotel. However, Lu Jin changed his mind after a happy accident brought one of Sheng Nan’s dishes his way.

Lu Jin was impressed by Sheng Nan’s skills as a chef and easily recognized his talent. They then share a love of food and begin to form an unexpected bond that makes them a couple.

This Chinese food tv show was released in 2020 with 24 episodes and is available on Viki. 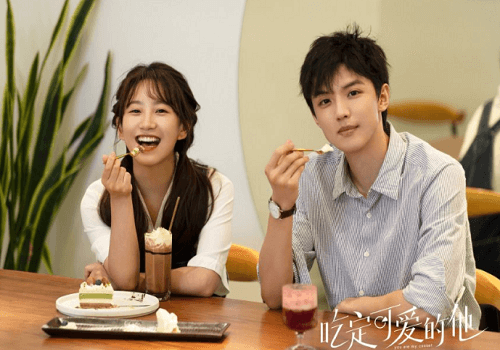 Tells the story of Cheng Mu who owns a dessert shop and wants to make his shop the best in his business.

She worked hard to make that dream come true and was overjoyed when her shop started growing in popularity. But that popularity caught the attention of arrogant food bloggers.

Among the most popular food bloggers is Jiang Si Han, a wealthy food blogger with a loyal following. Si Han then came to find out for himself what the fuss was all about.

One of the best Chinese cooking dramas was released in 2022 with 16 episodes. You can find it on the streaming platform Viki.

See also: Since I Met U Review 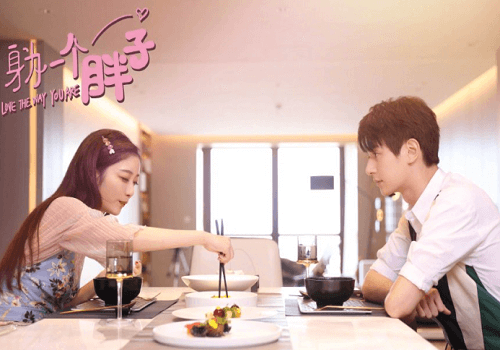 Zhen Yuan Yuan is a girl who falls in love with her high school senior, Ruan Dong Shen but they are separated by a misunderstanding.

Years passed, and they then reunited. At that time, Yuan Yuan had become a slender fashion model under the stage name Eva.

Meanwhile, Dong Shen becomes a successful famous businessman and chef. They start a very magical love journey together but it doesn’t go as planned. Love The Way You Are was released in 2019 with 24 episodes. 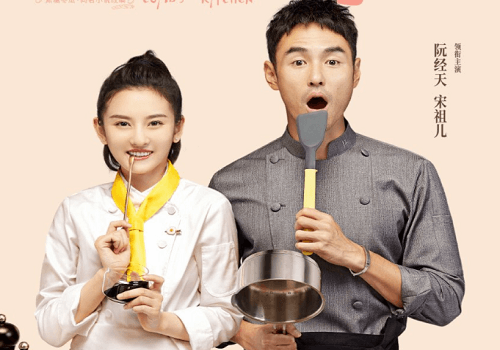 Lin Ke Song was a woman blessed with a keen sense of taste. He has the unique ability to identify the ingredients in any dish, with just one bite.

Despite her rare talent, she was never a cook and pursued a career in the culinary arts. At least until the day he meets Michelin-certified chef Jiang Qian Fan who changes his mind.

Fascinated by Qian Fan, Ke Song decides to follow his love to America, hoping to win her affection.

An incident leads him and Qian Fan to enter a cooking competition. Qian Fan then started teaching Ke Song how to apply his skills in the kitchen.

They team up for an upcoming cooking competition, but the road to get there is full of potholes. Struggling to find his place in the kitchen, Ke Song goes through Qian Fan’s rigorous training.

This is a Chinese drama about the latest cooking competition, released in 2022 with 40 episodes. You can watch it on WeTV.

That was a list of 10 Chinese cooking dramas that you can watch right now. If you want a sweet romantic story with something tense, you can watch the best Chinese military dramas. Thanks for reading this article, have a nice day!