Darren Wang received more attention in 2019 when he starred in the Taiwanese movie “Fall in Love at First Kiss” as the male lead. Here’s a list of the 12 best movies and dramas starring Darren Wang below!

Here we do not include films that do not star Darren Wang in the main role. 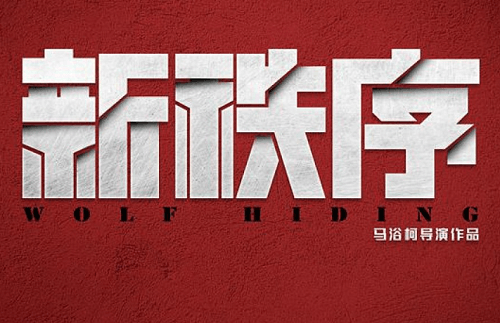 Wolf Hiding is the latest movie starring Darren Wang, reportedly will be released in 2023 and the trailer has been released.

It tells of a clandestine gang that falls apart after the appearance of a mysterious person and triggers a war for a new order.

2. Legend of the Naga Pearls 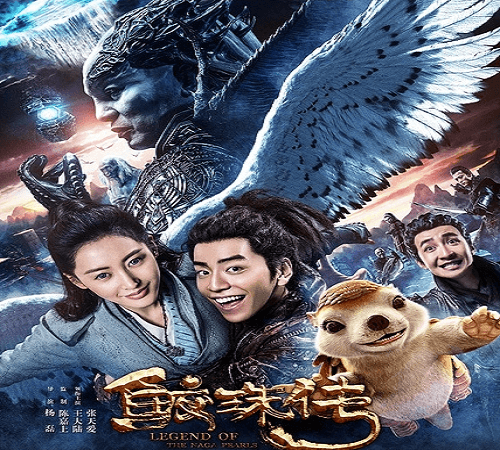 Tells about the Winged tribe, a race that can fly who live in the city of Uranopolis. But after losing the battle against humans, they gradually lost the ability to fly.

Xue Lie is a royal descendant of the Winged Tribe who embarks on a quest for the magical Dragon Pearl to destroy the Human Tribe and avenge the death of its people.

But a mysterious box containing Dragon Pearls is found accidentally by Ni the thief, Gali the human prince, and Hei Yu the policeman. They now found themselves being chased by Xue Lie.

After they finally lost the pearl because Xue Lie was too powerful, they decided to work together and rushed back to Uranopolis to thwart his sinister plan to destroy humanity.

This is one of the best Darren Wang movies released in 2017 and is available on Viki. 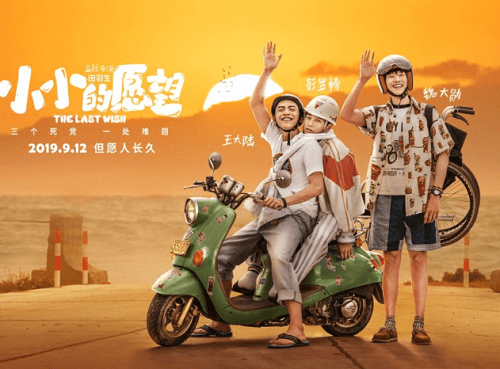 The Last Wish tells the story of a high school student who has muscular dystrophy and is told he doesn’t have much time left. He is then determined to fulfill his wish before he dies, which is to become a real man!

When his two best friends, Xu Hao and Zhang Zheng Yang heard this news, they did their best to help make their best friend’s dying wish come true. This movie starring Darren Wang was released in 2019 and you can watch it on Viki. 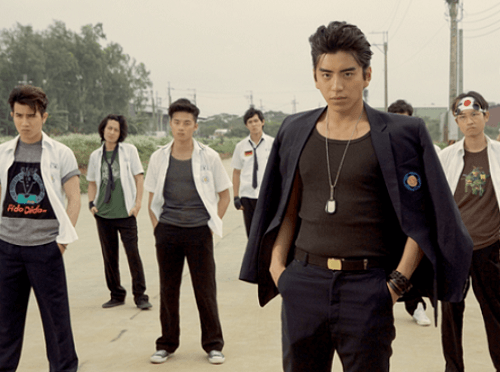 Lin Zhen Xin is an ordinary office worker who is often ridiculed by his subordinates. When feeling down, he listens to recordings of Andy Lau’s old songs.

This brings her back to her high school days when she was an ordinary high school girl. She then has a crush on Ouyang Fei Fan, the most popular male student in school.

One day, Zhen Xin receives a chain letter warning her of impending doom if she doesn’t deliver the message.

Naively, he passes them on to Hsu Tai Yu, the school’s notorious gangster boss, his math teacher, and Tao Min Min, the school’s most popular girl.

While Tai Yu was reading the letter, he was injured in a car accident. After getting rid of the postman, an angry Tai Yu makes Zhen Xin his ‘friend’.

But also forces him to run errands for her in exchange for leaving Fei Fan alone, thus making him his errand boy.

This is one of the best movies starring Darren Wang, Vivian Sung, and Dino Lee. It was released in 2015.

5. Fall in Love at First Kiss 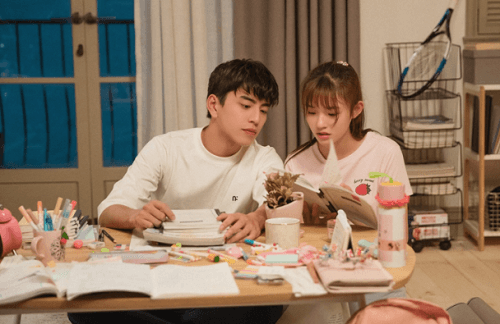 This is a story about a love story between an ordinary girl who has a stubborn crush and the school genius who is adored by everyone. It started when they ended up living in the same house.

Xiang Qin is an ordinary girl who has always liked Jiang Zhi Shu. When she pours out her feelings for him and is cruelly rejected, Xiang Qin considers giving up for good.

However, many things happened after that and his father took him to live temporarily with the Zhi Shu family. From there a sweet and pure romance ensues.

Zhi Shu also started to wonder if Xiang Qin was just an aberration or the person he was fated to be with. This movie was released in 2019. 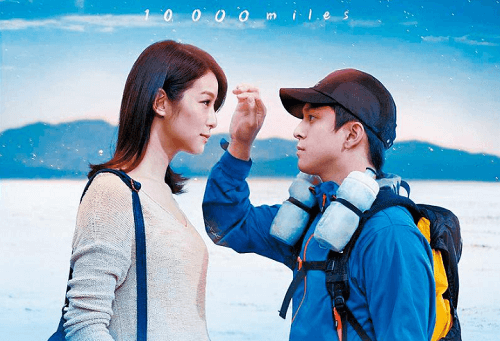 This is the story of Kevin, an intrepid young runner from a rough neighborhood in Taiwan, who falls in love with a tough trainer named Ellie.

When Ellie becomes ill and drifts away from him, Kevin struggles to survive and conquer the famous 10,000 Miles Silk Road Ultramarathon to win her heart. These Darren Wang movies were released in 2016. 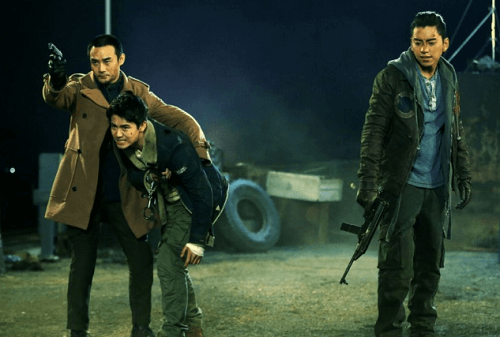 A Better Tomorrow 2018 is a film that tells about two brothers who have different professions and bring them together at the wrong time.

The older brother is caught by his own younger brother for smuggling which finally sets him straight but his past refuses to let him go. The movie starring Darren Wang was released in 2018. 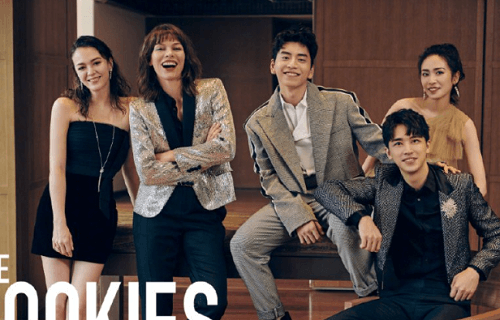 Zhao Feng is an avid extreme sports player. One day, he witnesses an illegal deal/smuggling involving an international crime syndicate.

Just then, he crosses paths with an agent who mistakes him for a triad member. Against his will, he is then forced to accompany Agent Bruce to Budapest, Hungary.

Together with crime cop Miao Yan, civilian scientist Ding Shan, and a doctor named LV, the four would-be agents follow Bruce’s lead in fighting terrorism. This is one of the best Darren Wang movies released in 2019. 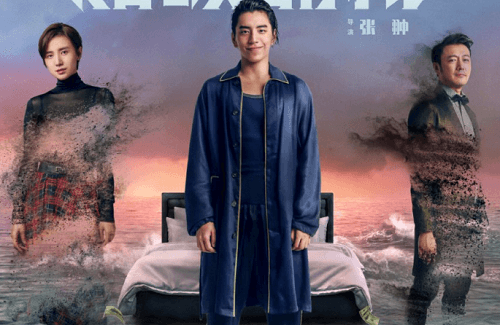 Sang Yu was once a struggling screenwriter. Her life changes overnight when she suddenly has the special ability to retrieve items from her dreams.

By turning the treasures of his dreams into reality, the down-and-out author became victorious and even managed to chase after Hua’er he liked for years.

However, Sang Yu gradually realized that the rewards of a good night’s sleep weren’t that simple and there was a heavy price to pay when he was pressed for it. This movie starring Darren Wang was released in 2019 and is available on Netflix. 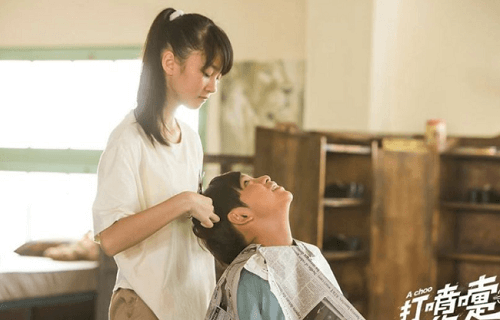 Wang Yi Zhi has loved Xin Xin for too long since they were small. As an adult, Yi Zhi decides to train as a boxer before he allows himself to confess his love to her.

But only for her to fall for a geeky computer engineer who is secretly a popular superhero. When Xin Xin is kidnapped, Yi Zhi must prove his love and fighting skills to get the girl of his dreams.

A Choo is one of the best movies starring Darren Wang, Ariel Lin, and Kai Ko. It’s available on Netflix.

Here we do not include dramas that do not star Darren Wang as the main role.

Now, what we have noted and know, there are only 2 dramas starring Darren Wang as the main role. Following below is Darren Wang tv show! 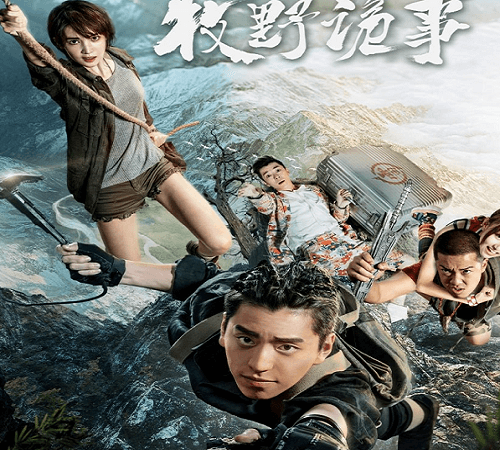 Hu Tian is a 25-year-old delinquent who lives a carefree life with Xiao Jin Ya, whom he considers a sister.

One day, a mysterious woman named Bing Lun appears and brings news about her parents who have been missing for over 20 years.

A man named Lei Li also appears and claims to be a friend of his father. Together with his new friends, Hu Tian sets off on an expedition to find his long-lost family, while figuring out how to tell friends from foe.

This tv show with Darren Wang was released in 2017 with 24 episodes. You can watch this drama on iQIYI. 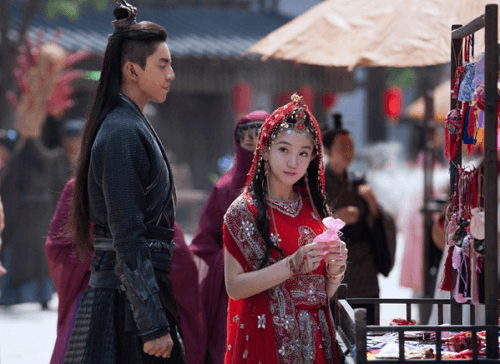 The Wolf is one of the best Darren Wang dramas. It tells of a boy raised by wolves who falls in love with the young Ma Zhai Xing, the daughter of a general and noble.

Wrongly accused of killing the Emperor’s godbrother, the boy is hunted down, thrown from a cliff, and then rescued by King Chu Kui.

King Chu Kui had heard of the wolf boy’s extraordinary strength and decided to adopt him. The wolf boy changed his name to Chu You Wen and was given the title “Prince Bo” now.

Eight years passed before Prince Bo met his childhood sweetheart, as his family members fell victim to a massacre.

Hampered by tragic circumstances, Prince Bo refrains from admitting his true identity despite still loving him. Ma Zhai Xing then meets Ji Chong, a wanderer who falls in love with him while helping a foreign princess.

They bond, forming an intimate friendship. Then war broke out between the empire and the rebel states loyal to the previous dynasty.

King Chu Kui plans a coup that will make him the rightful Emperor. Everyone must now choose a side to the conflict.

This drama also stars Xiao Zhan and Lu Qin. You can watch it on Viki, Amazon Prime Video, and Disney+.

That was 12 Darren Wang Movies and TV Shows to watch. For you fans, don’t miss the dramas starring Darren Wang and the movies. Thanks for reading this article, have a nice day!