Thai drama pregnancy. I don’t understand why people like dramas with storylines like Lakorn with pregnancy where someone gets pregnant unexpectedly.

That’s enough to make me confused, but Thai dramas with themes like this are also produced quite a lot. The only thing I understand is a Thai drama like this will make audiences nervous.

For those of you who are looking for Thai one night stand dramas, I have collected the 10 best below! 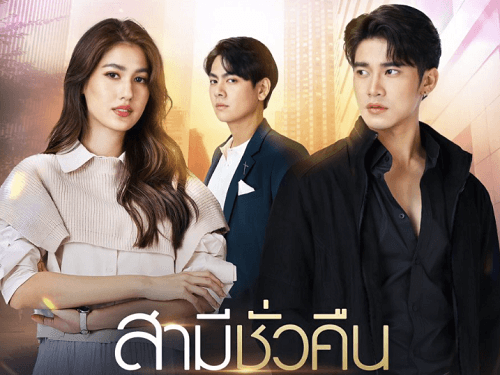 Samee Chua Keun is a Thai drama about unexpected pregnancy. Tells the story of Chon Phansa, a beautiful woman who got drunk until she lost her mind one night.

One day, when he opened his eyes, he saw his naked body and a man sleeping on his stomach beside him.

The whole world seems to collapse before her and as a result of that one night, she has to become a single mother whether she likes it or not.

She decided to raise her child alone and never thought of demanding anything from her “Overnight Husband”. But fate brought the man who became the “father of her child” back into her life.

This Thai Lakorn pregnant was released in 2022 with 18 episodes. 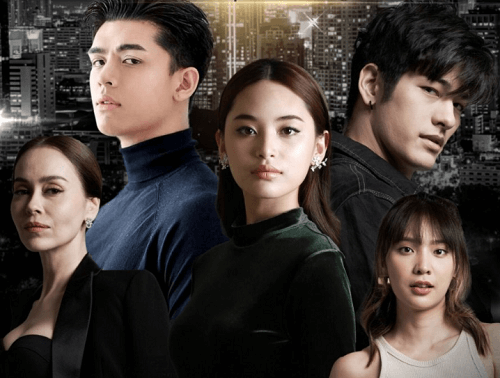 Pichet is married to Waree and has a son, Kawin. However, their relationship had problems when Sirin managed DUBAI CLUB Pichet.

Pichet loves and trusts Sirin so much that Waree thinks she is Pichet’s new girlfriend. Waree’s evil brother Weeranat instills this falsehood in Waree’s mind when he himself falls in love with Pichet.

Every day, Weeranat became more paranoid and before long, Waree was found dead and Sirin disappeared without a trace after that.

Nabi, Sirin’s sister, who sees Pichet as a philanthropist, starts working at his club. He wants to find clues about Sirin’s possible whereabouts.

Meanwhile, Kawin returns to Thailand soon, as he is determined to find out if his mother died in an accident or was killed.

However, Kawin mistakenly believes that Nabi wants to be his stepmother. This Thai drama pregnancy was released in 2021 with 22 episodes 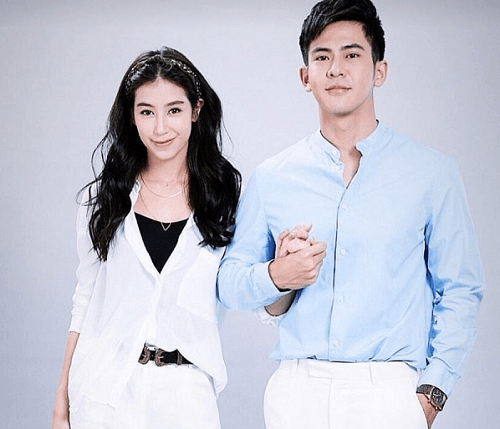 The storyline follows Tongrak, a girl who is struggling in her life and agrees to become a surrogate mother for Praefah, her sister who has health problems.

Praefah falls in love with Natee, an ordinary musician who turns out to be the heir to the Asavakietikul family that has enemies everywhere.

Because of this, Praefah and Natee end up being murdered, leaving Tongrak a lonely pregnant woman without a job and no money.

Tongrak wants to tell the Asavakietikul family about the possible heir in his tummy, but Kimhan, a toy designer, stops him.

According to him, the reason Praefah and Natee were killed was that the killer wanted to kill his heirs.

So Tongrak ends up under Kimhan’s tutelage. The two become close and develop feelings for each other by accident. This is one of the Thai dramas with pregnancy. It was released in 2020 with 15 episodes. 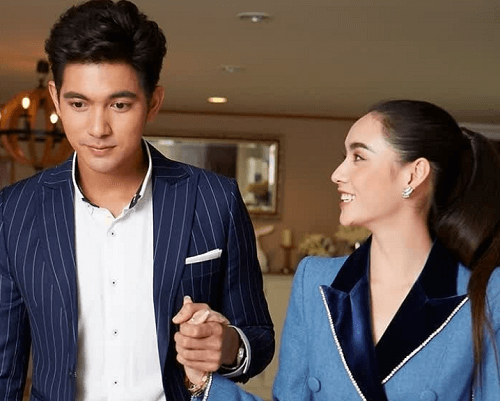 This is a one night stand Thai drama that tells the story of two heirs of a real estate mogul who accidentally meet one night.

Paramita is a beautiful, kind, and smart woman. He is also the only heir to the famous real estate company, The Emperor.

Before going overseas to continue his studies, something bad had to happen to him. Four years later, she returns with a pair of twins and is ready to start a new life, but something inside her has changed.

He then meets Parin, the man who caused his misery after so many years.

He then decides to volunteer to help his father in the real estate war game as revenge after finding out that he is working for his father’s rival.

It was released in 2020 with 15 episodes. You can watch this Thai drama pregnancy on Youku. 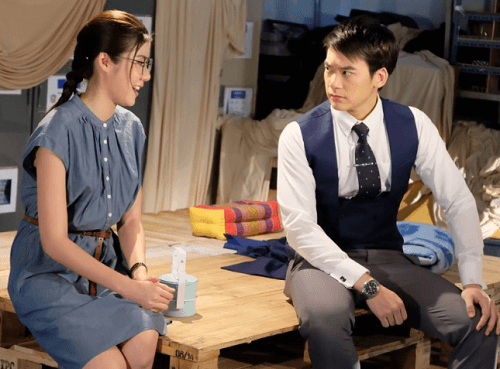 Pawut is the successor of a big company. Meanwhile, Wanida is a secretary at a law firm.

They both go on the same cruise and Pawut plans to propose to Kaekai, his girlfriend there. Meanwhile, Wanida plans to lose her virginity to her boyfriend.

However, Wanida ends up taking cold medicine which makes her sleepy and accidentally goes to Pawut’s hotel room, unknowingly.

They then spend the night together. Three months later, Wanida found out that she was pregnant with Pawut’s child.  This is one of the best one night stand dramas released in 2017 with 17 episodes.

6. My Husband in Law 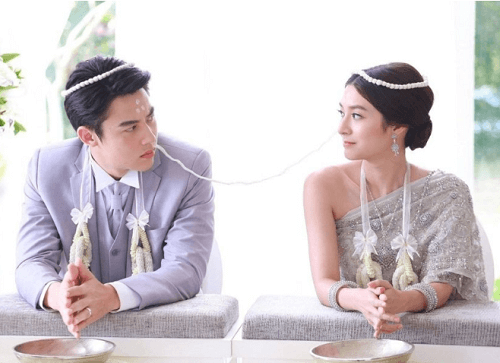 For more than seven years, the smart and multi-talented Muey has been living with his girlfriend, Thien. During that time his crush deepens into love.

But Thien only saw him as someone who could be ridiculed and bullied. He was completely oblivious to her feelings, so he resigned himself to loving her from a distance.

After all, Thien is smart, rich, hardworking, and handsome. The only “flaw” is a bit of a player. Unfortunately, that leads to big problems when he sleeps with the wife of a dangerous mobster.

As a result, Thien’s life is in danger and to protect him, Thien’s mother forces him to marry Muey. Muey agrees for Thien’s safety, but this is also a chance for him to get closer to him.

While Thien reluctantly concedes and marries Muey, he wants to keep their relationship a secret. This Thai drama pregnancy was released in 2020 with 15 episodes and you can watch it on Netflix. 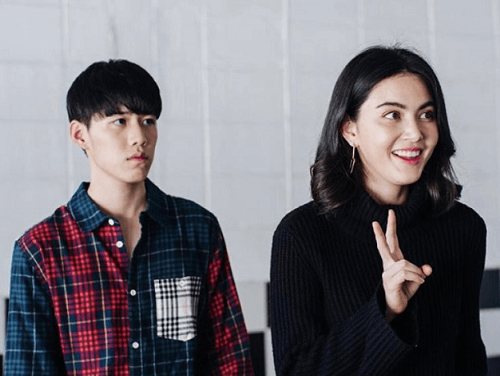 For 15 years, Peng, an ER resident, and Tantawan fell in love. Tantawan, who has unique powers, begins to doubt whether Peng still loves him.

One day, they had a traffic accident and Tantawan was seriously injured. When he woke up, he had lost all his memories.

A friendly young intern, Chalam appears in his life and reminds him of the same feelings he once had for his girlfriend Peng.

Meanwhile, Peng also meets a new girl, Bami, who has a crush on Peng and comes to the hospital as an ambulance driver to get closer to him.

My Ambulance is Mai Davika Hoorne drama which was released in 2019 with 16 episodes. You can watch this Thai drama with pregnancy on meWATCH. 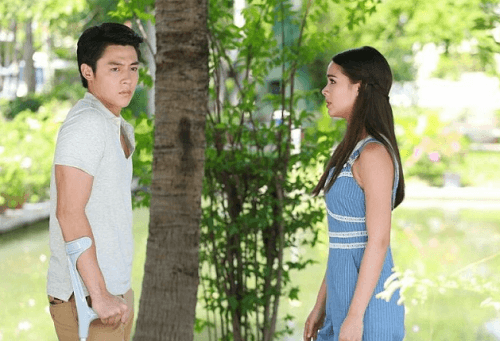 Jeerawat is a hardworking woman, who is a famous model and actress. Her mother married a rich man who is arrogant but secretly lusts after him.

After he tries to sedate her, Jeerawat manages to escape by leaving. However, he hit a young woman on the road, who later died in hospital.

The young woman who died had a fiancé, Sathit, who happened to be a lawyer. He then vows revenge on the female driver who killed his beloved fiancé.

Unfortunately, Jeerawat’s father and stepmother use their influence and money to hide all evidence. Sathit decides to stalk and harass her to find evidence.

But in the end, she learns that he is actually a kind and kind person, though lowly at first, and gradually falls in love with her.

It was released in 2017 with 15 episodes. This is a Thai drama Pregnancy that you can watch on Netflix. 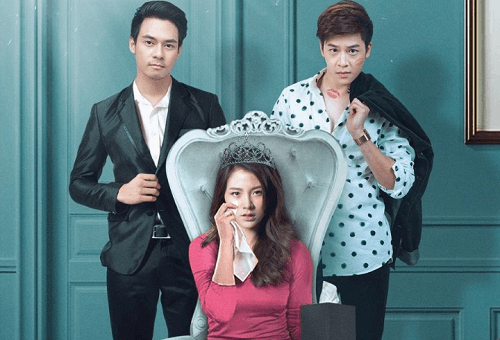 Kodnipa is an orphaned woman who goes to the city to continue her education. There, he meets Jirapat, a wealthy heir who employs him by doing routine tasks for him.

Things got complicated when Jirapat impregnated a girl Kodnipa knew and then left the baby at Kodnipa’s house.

Jirapat, unable to regard the child as his own, suggested to Kodnipa that he could take the child.

He also offered two million baht, a condo, and monthly money in exchange for raising the baby. However, if he refuses, the child will be sent to an orphanage.

Kodnipa reluctantly accepted as he was very much against it and did not like sending the child to an orphanage. He then begins to love Mochi, as his son.

But her life suddenly becomes entangled with Jirapat’s older brother, Kirakorn, and a complicated relationship ensues between the two men.

This Thai drama about unexpected pregnancy was released in 2019 with 14 episodes. You can watch this one night stand Thai drama on Netflix. 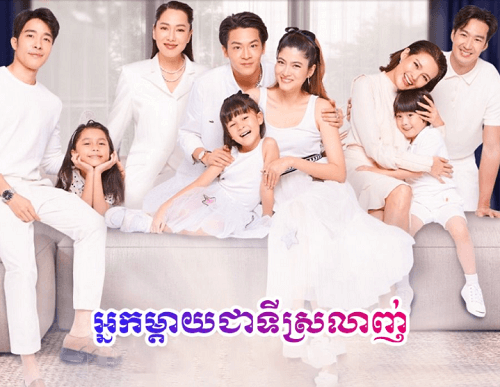 Mummy Tee Rak is a Thai drama pregnancy that tells the story of three families.

One day, Primma finds herself pregnant with her boyfriend Panu, but decides to keep the fact of her pregnancy a secret and escapes to become a single mother. He did it for Panu, who has a bright future and is going to study abroad.

Several years passed, Panu began to find out that Primma was pregnant with his child. He then starts trying to win her back.

But on the other hand, Primma now has another suitor, namely Peera who is a gentle chef. This Thai Lakorn pregnancy was released in 2022 with 14 episodes.

That was the list of Thai drama pregnancy that you can watch. The ones we have mentioned are the latest and the best. Thanks for reading this article, have a nice day!