If you want to watch Thai dramas for free, Youtube is the place to be. Here we have compiled a list of the 10 best Thai dramas that you can watch on Youtube with English subtitles.

Lakorn or Thai series are always interesting to watch, there are lots of stories and plots that we might never have imagined before. Maybe even K-dramas and C-dramas don’t have them.

And that’s not all, Thai dramas have great productions that are definitely worth watching. Below is a list of the 10 latest Thai tv shows available on Youtube! 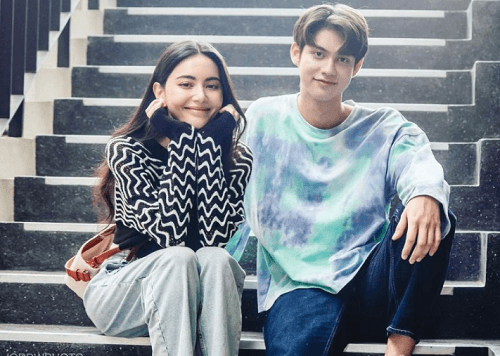 Astrophile is the latest Thai drama series starring Mai Davika Hoorne and Bright Vachirawit Chivaaree. It tells the story of Nubdao, the female host of the home shopping program, ‘Wish You Were Home.

He is a strong and hardworking person, but he still feels like he doesn’t have a life together. He also has to deal with sexual harassment at work and doesn’t make enough money.

One day by chance, Nubdao reunites with Kimhan, his junior at the university. For Kim, this meeting was her chance to get an immediate acknowledgment from him, but Nubdao shows no sign of keeping that in mind.

Kimhan started working there and they became close when he started working in marketing for his show. This Lakorn is releasing in 2022 with 18 episodes, available on YouTube. 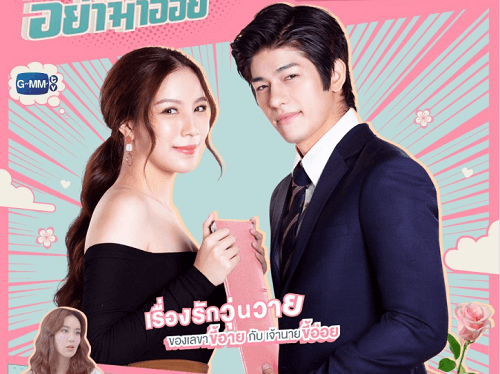 It tells the story of Noomnim finally getting a solid job. He then decided to have fun with his friend to celebrate.

At the bar, she meets a very handsome stranger and she ends up spending a beautiful night with him. But the next day, he surprised us to learn that the stranger turned out to be his new boss.

Luckily for him, the handsome CEO doesn’t seem to remember that. When he made Noomnim his personal assistant, he found himself wondering if Noomnim was attracted to him.

It will be released in 2021 with 14 episodes and you can watch this Thai drama on YouTube with English subtitles. 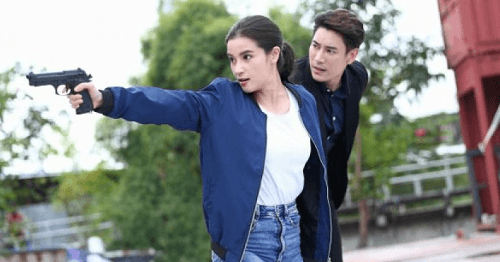 She then begins to study working with Thewan to protect his nephew from those who want to get his hands on his fortune. But their closeness makes them fall in love with each other. This Thai show is available on YouTube, released in 2022 with 12 episodes. 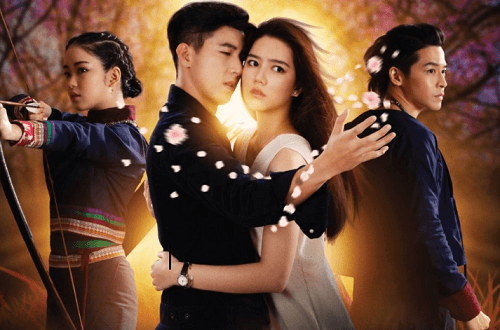 The spirit of Suea Phaya (Tiger King) is the secret of the tribal people. When summoned, the moon will turn red and the person who inherits Suea Phaya’s spirit will turn into a tiger to protect the forest and wild animals.

Since ancient times, spirits have been passed from father to son. However, the previous chief was stabbed by a magic dagger which was fatal for Suea Phaya. He was then unable to pass on Suea Phaya’s spirit to his son (Nontha), as he was not yet born.

To prevent Suea Phaya’s spirit from dying, the previous chief bequeathed her to Sama, the son of a local doctor who treated her wounds.

For 20 years, Sama and the tribal people did not know that Suea Phaya was in Sama’s body. When Nontha was old enough, a traditional ceremony revealed this.

It was the first time that Suea Phaya lived inside an outsider. Nothing can change this, and make the tribe members then team up with Sama to protect the secret from outsiders.  This is one of the best Thai dramas available on YouTube. Released in 2021 with 12 episodes. 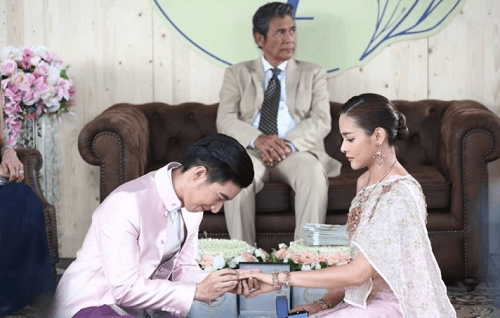 Tells about Lalin, a woman who will inherit the company from her father. But before that, he must marry and prove to his family that he is worthy of being the heir.

Once, she gets drunk and has a one-night stand with Pokpong, a guy she met at a friend’s bachelorette party. After that, he then decided to hire her as a contract husband.

This went on for several months, but things began to change when Lalin was with him more and more. This is one of the latest contract marriage Thai dramas. Released in 2022 with 17 episodes and is available on Youtube. 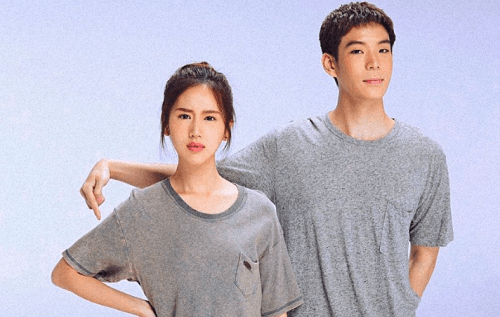 Lin is a poor girl who wants to end her life and almost kills herself. But suddenly there was a loud bang through the ceiling of his room that disturbed him.

She later didn’t kill himself when he saw an angel named Michael Lansaladon fall from heaven right in his room after observing Lin’s suicide attempt.

As a blessed angel in heaven, she deeply understands human feelings. Feelings such as joy, tiredness, anger, pain, and love. He then began to accompany Lin’s life and make it feel better. This Thai drama was released in 2020 in 12 episodes and is available on YouTube. 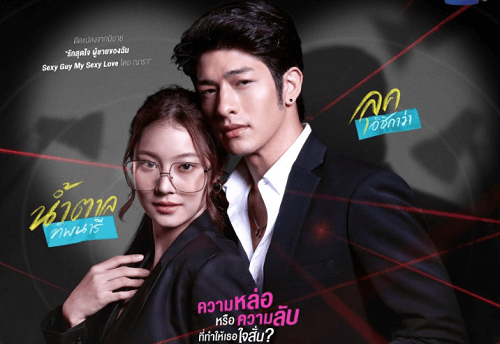 Donovan is an American model who is looking for a woman with whom he has lost touch. Meanwhile, Pam is a kindergarten teacher who has to pay for an expensive operation for her grandfather who falls ill.

To raise funds, Pam takes on a Palee Modeling job. There he was assigned to work as a personal manager and interpreter for Donovan.

Soon they become involved in work and personal affairs and the two grow closer when Pam finds out Donovan’s secret. This Thai series was released in 2022 with 17 episodes and can be watched on YouTube. 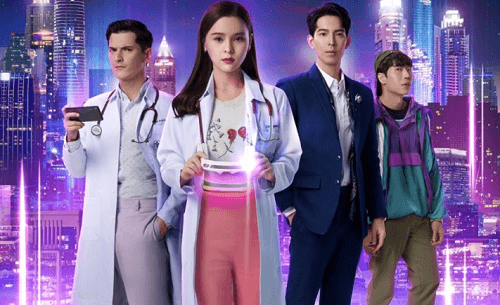 “Better World” is a famous video game created by Nisa’s father who has dedicated his life to making the game the best in the world.

Meanwhile, Nisa chose her own path, rather than following in her father’s footsteps. He is now a successful young surgeon who has nothing to do with his father’s game.

But one day her father mysteriously disappears and Nisa must cross into the world of video games to find him. Using a pair of VR goggles that her father had hidden, Nisa manages to cross over to “Better World” to find her father.

While on his search, he often crosses paths with Akin, a mysterious young hero who is on a quest of his own. Akin realizes that Nisa is not from this world and then begins to follow her to the real world.

This is one of the best Thai dramas available on YouTube, released in 2021 with 24 episodes. 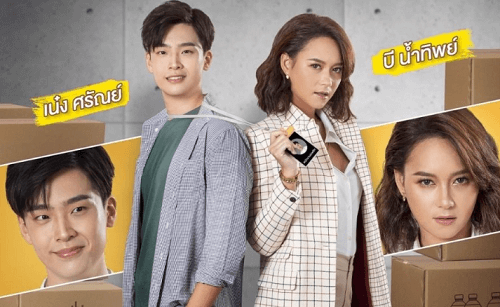 Pad is a successful 37-year-old woman leading the company to the forefront of the industry. He tries his hardest to work without thinking about having a girlfriend.

In the past, Pad would marry the famous documentary photographer Non. However, the marriage was shattered when Non disappeared and after that, Pad never loved anyone again.

One day destiny brought him together with a 25-year-old man named Thaen. He was once an excellent medical student but interrupted his studies after losing his girlfriend.

Thaen is now Pad’s assistant and starts to get close to him. They worked every day and the good feelings gradually developed and eventually became love.  This lakorn was released in 2022 in 14 episodes and you can watch it on YouTube. 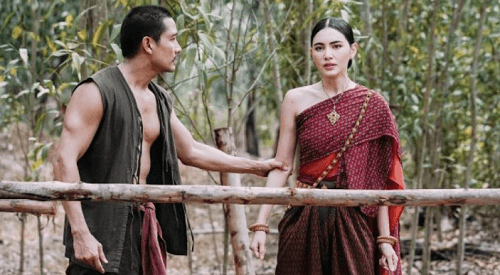 It tells the story of Wan Thong, a beautiful young woman who rises up to fight for her dignity. She gets involved between two young men and is judged by those who curse her for a love triangle.

She couldn’t choose who would be her husband. Between the man, she loves but is a playboy, and the man who only loves her but treats her like an object. This Thai drama was released in 2021 with 16 episodes and is available on YouTube.

That was the 10 best Thai drama lists that you can watch on Youtube with English subtitles. Maybe some dramas that are above the video quality are not as good as the Thai dramas on Netflix, but that’s okay considering it’s free. Thank you for reading this article!