I had high expectations for the drama Love Of Thousand Years when I watched the trailer, but after watching the drama, it turned out to be mediocre.

I think I should elaborate further in my Love Of Thousand Years review below to make readers understand this Chinese drama, its flaws, and of course so that you don’t have high expectations like me. 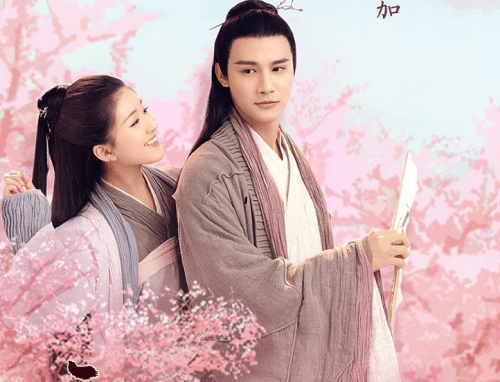 Fu Jiu Yun is an immortal who falls in love with a human with an indomitable spirit in a painting given to him by his master for a thousand years.

He found her in the mortal world, namely Princess Yan Yan of Li. Jiu Yun couldn’t stay away from him and disguised himself as a genius artist who kept following him.

Yan Yan has a lover named Zi Chen. But Zi Chen’s father and a group of demons from Tianyuan overthrew Emperor Li. Yan Yan’s royal family was killed and his kingdom was destroyed.

The only survivor was Princess Yan Yan, who had been saved by her teacher and also given a new name, Qin Chuan. To avoid detection by enemies while searching for a lamp capable of restraining demons and rebuilding his country.

He then went to Xiangqu Mountain to look for a spiritual lamp. There is a place for immortals and he meets Jiu Yun who knows she is Princess Yan Yan.

Jiu Yun had been assigned by his late teacher to guard the lamp, but he was unable to give him the spiritual lamp he wanted, even though he had fallen in love with it.

As Jiu Yun and Qin Chuan fight over the lamp, they develop feelings for each other which eventually form a love bond. But fate dictates that their romance may be short-lived, forcing them to make difficult decisions that will forever affect their lives and the lives of the princess.

Qinchuan realized that Jiuyun would not return; even Meishan admits that his soul has been scattered. He completes the ritual with the lamp – he has tied it before. He wakes up when Yanyan’s son dreams of an old man (his Shifu?) telling him he has a fresh start.

I think the lights brought them all back in time to finish. She grew up and intuitively paved the way for Zichen to fall in love with Xuanzhu. The maid was no longer Ah Man but Xiao Cui. He had a sadder dream in which Jiuyun told him that he would soon forget about it.

As time loops started playing her mother’s birthday, she forgot how to play the song Jiuyun/Gongziqi had written for her and the pipe disappeared into the painting. In this new life, Yanyan will marry Er Meng and their kingdom will be at peace. He had never been Qinchuan so in the end Qinchuan and Jiuyun’s relationship was either erased or never happened.

Jiuyun took the last part of her memories of Qinchuan and fled to the magic painting with Qinchuan and the pipe. This is the only place where they can be together but they may be just a shadow or a memory of who they are.

I originally thought he was sucked into the lamp where Jiuyun created an alternate world for him but if that was the case, he shouldn’t have included it in the painting. This was where they should have used the two actresses to make it clear by leaving Yanyan while Qinchuan went to the painting with Jiuyun.

It makes me feel a little better to imagine that Qinchuan and Jiuyun cultivate together in painting and after thousands of years both become immortal and live happily ever after. 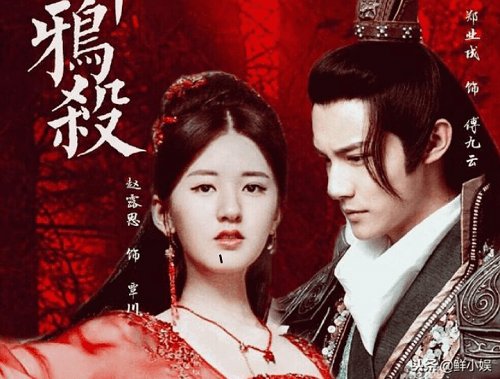 It is a revenge and destiny drama that is quite typical among the main storylines. I wouldn’t say it’s very special. Even though it’s going well, the relationship between the characters doesn’t feel forced and you can see the development in their relationship.

Now for the acting from the cast, they did a great job with what was given to them. The best part was the chemistry between Zhao Lusi and Zheng Yecheng. The drama is sweet, lots of funny moments, the scenario is beautiful in some parts, the action sequences are satisfying.

One of the main complaints I have is the ending. It was just confusing and the last episode seemed like a waste. I hope they can do better with it. The ending was bland and left me dissatisfied.

Is love of a thousand years worth watching?

Worth watching once, considering the chemistry between the main characters.

Where can I watch love of a thousand years?

It is available at Viki, Prime Video, and Netflix.

Despite the poor execution and confusing ending, it is still a beautiful fairy tale with some beautiful scenes for you historical romance drama lovers. Worth watching once.

Overall, I enjoyed the drama. To be honest, it’s not in the extraordinary category and I don’t really like it. I won’t be re-watching it and I hope I get to see the pair of two lead actors again in another drama.

A score of 6.7/10 is probably fair enough considering its weaknesses in terms of execution and ending as mentioned above.