My Dear Guardian premieres in June 2021, but I’m just finishing it now. It is an interesting spectacle, especially the cute romance between Li Qin and Johnny Huang and the chemistry between the two. Is this Chinese drama worth watching? Check out my review below to find the answer. 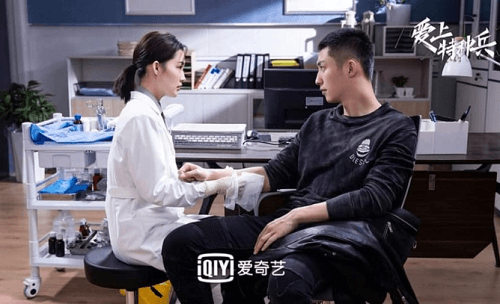 This is a classic story about two people who hate each other and somehow end up with roommates, then pretend to be dating and end up actually falling in love. It follows a warm-hearted military medic named Xia Chu and ‘iceberg’ military officer Liang Mu Ze.

A long time ago, Xia Chu had an overseas experience in a fictional place called Isaia. It was there that he first met Liang Mu Ze and they had a fight over something rather trivial.

Just then he returns to his hospital, gets caught up in a terrorist attack, and must try to stay calm in this hostage situation. Then Liang Mu Ze’s team came to rescue the hostages but his good friend Tian Yong was injured.

After this experience, the two became angry with each other because Liang Mu Ze thought Xia Chu was a bad doctor. After returning to China, Xia Chu happened to be placed in a hospital and now she has to find a place to stay.

Her mother said she had a friend who had an apartment that Xia Chu could live in for a while. Xia Chu agreed but as soon as he walked into the apartment, he accidentally bumped into the shirtless Liang Mu Ze. They quarreled again but considering that Xia Chu had to go to the hospital, he let it go for the time being.

Xia Chu is more focused on becoming an accomplished cardiothoracic surgeon, but the sudden reappearance of a childhood friend, Zhuo Ran, begins to create tension in the drama.

Liang Mu Ze, on the other hand, was a highly trained special operations soldier who spent most of his time at the military base. But he suffers from guilt over the death of his best friend 8 years ago.

My Dear Guardian happy or sad ending? Not everyone gets a happy and happy ending. I began to understand that this drama, My Dear Guardian, does not provide a beautiful and beautiful romance, but rather depicts the true reality.

This means that we will always experience the sweetness of life and the bitterness of failure in addition to the sweetness.

At the end of the episode, Liang Shaoxue and Rao Feng reconcile. Liang Shaoxue will stay in China to take graduate students to the China Department.

Liang’s mother will also return to China to accompany Liang Shaoxue to prepare for the exam. They rented a house under Liang Muze’s, and Liang Shaoxue asked Rao Feng to come home for dinner when he had time.

The early Liang Muze and Xia rarely had time to rest, so they regrouped with Liang Muze’s parents for a meal. During the meal, Mu Min mentioned that he wanted to renovate the house.

The early Xia secretly stepped on Liang Muze and asked Liang Muze to refuse. Mu Min saw that Liang Muze refused because of Xia Chu, so he asked what Liang Muze would do if he disagreed with Xia Chu in the future. When he said that, Mu Min winked at Xia Chu, and Xia Chu knew it and started to help Mu Min question Liang Muze.

Liang Muze was silent for a while and quickly changed the subject. Mu Min thanked Xia Chu and said that in the future, Liang Muze’s wealth and life would be entrusted to Xia Chu. 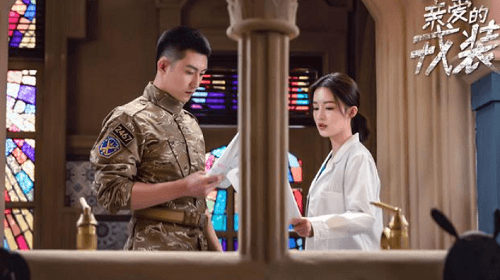 This is one of those shows where you either enjoy drama and a cup of tea or you hate it.

I’m not sure how I feel about this drama, there were times when I felt things could be done logically but the writer chose not to.

The first 2-3 episodes of the drama are the defining part. I admit that the first episode was really weird but I feel like when you look past it, it’s a drama you can fully enjoy.

Many people had high hopes for this drama and I was one of them but some ended up being let down. I find it a shame because of the main cast they have but the plot is quite cliché and overused.

There’s a “new” part to see and that’s the hope for this drama. Parents are very childish towards each other and sometimes I find myself smiling at those times. For once the leaders really talked about their feelings. It’s a refreshingly mature relationship to watch.

I love the main cast but the second lead is unquestionable, especially Mi Gu. He was ready to destroy his friend for the few who knew what Zhao Ran and Xiao Chu’s history was like.

What a terrible character and friend, he needs to be checked for priorities. If I were Xia Chu, I would have dropped her a long time ago, but then the story would have no plot to explore.

Xia Chu was also too naive to trust Mi Gu. Another thing that bothers me is the amount of screen time the second lead gets. I personally sent a lot of Xia Chu’s mentors and mothers, they are cute. That kid too, I like his acting.

This series could have been shorter, I always feel like long plays have too many things that don’t really matter. The ending is quite predictable, there is no special surprise element (normal).

Despite all that, the medical and military themes have always been something I looked forward to a lot and this drama made me continue to invest my time.

Do I recommend you watch it? Of course, if you are looking for a military medical setting or if you have a soft spot for a lead, you can give it a try. But then for 40 episodes of My Dear Guardian, I really won’t say much because there are so many…!! A score of 7.0/10